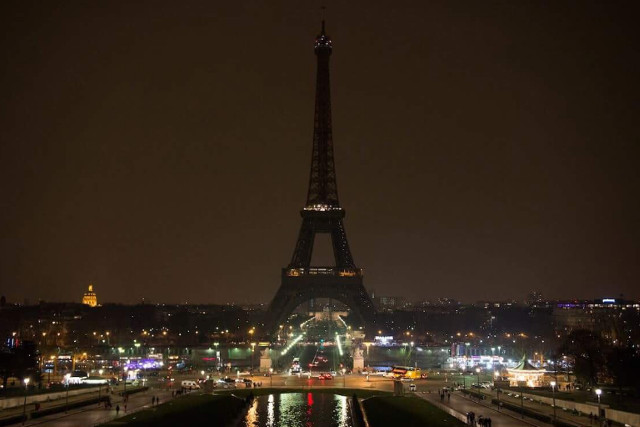 Photo: Eiffel Tower
Four people were killed and 40 injured after being run over and stabbed in a lightning attack at the gates of British democracy attributed by police to “Islamist-related terrorism”.
Three French pupils on a school trip were among those hurt, and French Foreign Minister Jean-Marc Ayrault is due to travel to London on Thursday morning to visit them.
Two of the pupils were seriously injured were admitted to hospital, reported BFM TV.
French authorities were quick to share their condolences with London.
President Francois Hollande sent a message of “solidarity” and “support to the British people” saying France could identify with their pain after the attack, in which three French high school students were also wounded. “France, which has been hit so hard in recent times, knows what the British people are suffering today,” he said.
And Prime Minister Bernard Cazeneuve tweeted: “Solidarity with our British friends, horribly attacked, full support for the injured French students, their families and their friends.”
Paris Mayor Anne Hidalgo ordered the lights of the Eiffel Tower to be switched off at midnight in homage to the victims of the attack.
She tweeted that her thoughts were with the victims and their families, offered her solidarity to “her friend” Sadiq Khan the Mayor of London, Londoners, and British people in general.

“Paris and London have close links of friendship, which have never ceased to grow over the last few decades,” she said in a statement.
She said the two cities “share the same love of freedom and a commitment to democracy”.
“These are two tolerant and cosmopolitan cities open to the world that draw their strength from their diversity.”
The attack unfolded on Wednesday across Westminster Bridge in the shadow of Big Ben, a towering landmark that draws tourists by the millions and stands over Britain's Houses of Parliament — the very image of London.
The attacker's car struck pedestrians on the bridge before crashing into the railings surrounding the heavily-guarded Houses of Parliament, sowing first shock then panic in the seat of British power.
The assailant then ran through the gates brandishing a knife and stabbed a 48-year-old policeman to death before being shot dead by another officer.