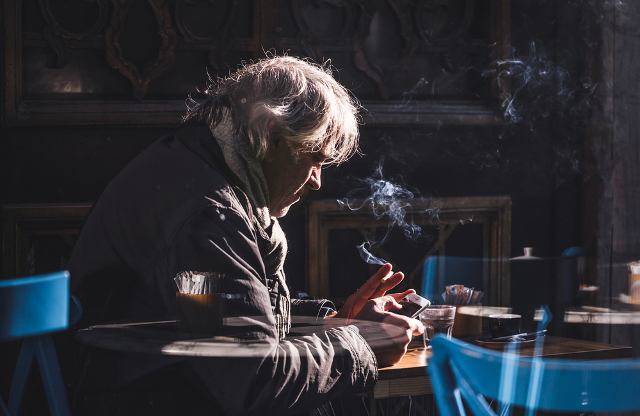 Photo: olegbreslavtsev /Depositphotos
If you're sick of heading home from a café terrace smelling like an ashtray – then we have some good news for you.
Health Minister Marisol Touraine launched an initiative on Wednesday, “Ma terrasse sans tabac”, (my terrace without smoking), to encourages cafés and restaurants to sign create separate smoking areas or ban smoking entirely in their outdoor seating.
Using the website materrassesanstabac.com (or the app) people are now able to search for places that have signed up and find out where they can enjoy a fume-free meal or drink.
Establishments are ranked depending on whether there's a smoking area, or if smoking is banned entirely.
The benefit for the terrace owners is that they essentially receive free advertising from appearing on the site.
And now is apparently a prime time for cafés and bars to join up and get the exposure, with only around 20 places showing up on the Paris map at the time of writing. A search of the site shows 59 non-smoker friendly businesses listed so far, and the numbers are sure to grow as smoking becomes less popular in France.
Indeed, 2016 saw a 1.2 percent drop in cigarette sales.

The scheme isn't just to help non-smokers get a bit of fresh air, but to make it easier for those looking to kick the smoking habit once and for all.
The plan “is a vital tool to support former smokers and those who want to quit,” said Touraine.
Wednesday's initiative comes as part of a larger plan by the French government to cut down on the nations smoking habit between 2014 and 2019.
In total, 200 people die every day in France from illnesses caused by smoking.
It's already illegal to smoke in closed-off terraces in Paris, after a 2013 law,  but the rule has been largely ignored and a terrace can still be classified as 'open' as long as no more than three sides are closed off.
READ ALSO: Paris gets tough on café terrace smokers
By Rose Trigg