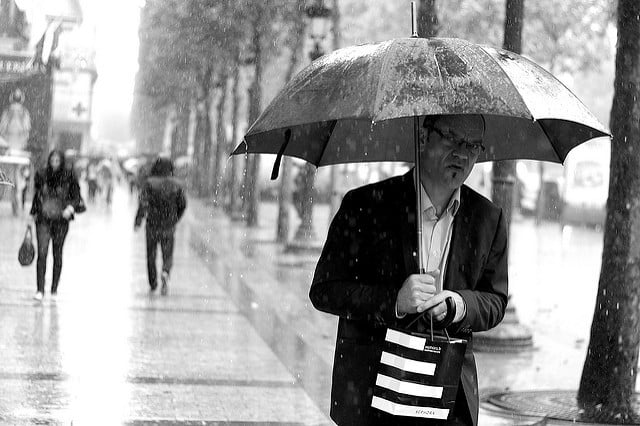 Photo: Luis JOrn/Flickr
Are you pessimistic about the future, gloomy about globalisation and suspicious of political institutions?
If so, you're suffering from a particularly French combination of complaints, according to a study of voters in six European countries published on Monday.
The survey of nearly 8,000 people in Britain, France, Germany, Poland, Sweden and Spain found high levels of gloom in general amongst Europeans — notably when it comes to the future of the European Union.
Spaniards came out as the sunniest, with researchers noting their “generally positive outlook despite (a) challenging economic context”.
But France, with elections looming in April and May, won the prize for being the most disillusioned overall.
“There is a French malaise,” Didac Gutierrez-Peris, research chief at the Viavoice consultancy, said at a presentation of the research in Paris.
The study, based on polling carried out at the end of August and beginning of September, was carried out jointly by Viavoice and British think-tank Demos.
Of the six nations, France came top for pessimism, with 53 percent predicting the state of the nation would decline in the coming year and a third bracing for their personal situation to get worse.
Some 70 percent believe another financial crisis is looming, while nearly 60 percent think France will see its first far-right government within the decade.
And after a wave of jihadist attacks in France over the past two years, more than 80 percent thought the country would likely be hit by terrorism again in the next six months.
France also had the lowest regard for its institutions — 71 percent reported low trust in their government — and was the only place where a majority judged that globalisation had been bad for the country.
The study said the general gloom among voters was likely to influence the two-round presidential election that France is due to hold on April 23 and May 7.
Far-right National Front leader Marine Le Pen and centrist Emmanuel Macron have been running neck-and-neck for weeks, with the latest opinion poll showing Macron just half a percentage point ahead for the first round.
France may have ranked as the gloomiest country in the study, but Britain came out as the most eurosceptic, with 45 percent backing an exit from the EU. The research was carried out two months after Britain's historic referendum vote in favour of Brexit.
READ ALSO: Why mastering English would make the French less gloomy