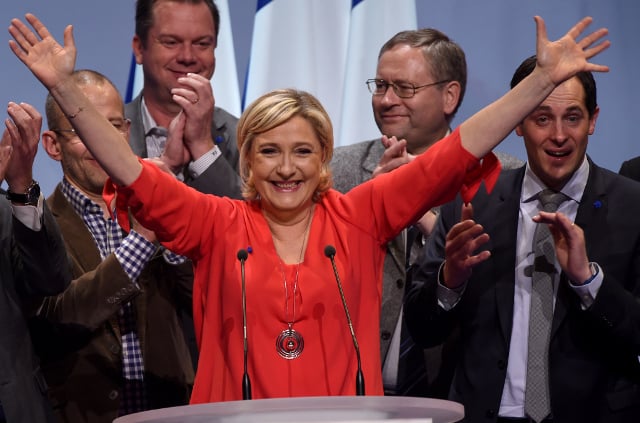 As the dust settles on the failure of Geert Wilders PVV to become the largest party in the new Dutch parliament, the focus of international media attention will shift fully to France, where the presidential campaign will step up a gear on Monday with the first live TV debate between the main candidates – although in reality the campaign has been full speed for the last six months.

In France the electorate will vote twice to choose their new president, in a two-round ballot on April 2″rd and May 7th.

For a start there are reasons why the French have two rounds of voting in their presidential election.

The first is historical and dates back to a time when a small number of voters, defined by a tax qualification usually, would gather together to cast their votes, over a series of rounds, until one emerged with an absolute majority.

Later, the Republic reduced this to a two-round system. A candidate with an absolute majority in the first round would be automatically elected, but if that didn’t happen, then there would be a run-off, usually, though not exclusively, between the two best-placed candidates. The second reason is a practical and political one. On reintroducing popular election of the head of state from 1965, Charles de Gaulle adapted the model. A candidate who achieved an absolute majority in the first round would be automatically elected. If that failed, the two best-placed candidates would go through to a second round where, by definition, the winner must enjoy an absolute majority.

De Gaulle was very clear that the institutional and symbolic strength of the presidency must lie in that moment where a majority backed one candidate. Thus, in France, unlike the USA, a candidate cannot win the presidential election with a minority of the popular vote, as George W Bush did in 2000 and Donald Trump did last November.

The system was designed to prevent an extremist coming to power, though in de Gaulle’s day, the extreme he feared was the French Communist party. Times change, but the principle doesn’t. If you can’t take 50% plus one of the votes cast, you cannot become president.

On paper, then, Le Pen’s chances of being elected eighth President of the Fifth Republic are remote to the point of invisibility.

The numbers are very clear. The most favourable opinion polls give her a first round score of 27%, which is, of course, a remarkable and unheard of figure for a far-right candidate, though roughly what her party scored in the regional elections in December 2015. Her main rivals, Emmanuel Macron and François Fillon on 26% and 17.5% respectively.

So, she looks, at the moment, like a shoo-in for the second round. But then it all falls apart. In the case of a Le Pen-Macron run-off, she would lose by a 60% to 40%. Most of the left would rally to Macron, as would Fillon’s centre-right voters. If Fillon were able to make up the gap between himself and Macron by 23rd April, then he would win the second round against Le Pen by 55% to 45%.

These are very much the scores one would anticipate. Left-wing voters supporting Benoît Hamon and Jean-Luc Mélenchon are willing to vote for Macron, but less likely to accept Fillon and his promise of more austerity and massive cuts in the public service sector.

Opinion polls need to be handled with care. Pollsters themselves are very clear about the margins of error. But the Wilders case is instructive. Until the Dutch elections, it seemed that polls underestimated the swing towards ‘populism’, if we think that this is what Brexit and Trump mean.

'French First: What a President Marine Le Pen has in mind for France' In Holland, the opposite occurred. The polls gave Wilders reason to expect that his party would be the largest, but, as seasoned French political commentator Alain Duhamel suggested on RTL last week, the populist vote there hit the glass ceiling.

Le Pen hopes that she can smash through that. But while opponents shouldn’t yield to complacency, she seems unlikely to win this time.

The votes simply aren’t there yet to carry her through the second round to victory.

There’s plenty of populism sloshing around the campaign and almost all the main candidates claim to be against the ‘system’, though that means different things to each of them. It just isn’t necessarily patriotic or nationalistic populism.

So whereas Brexit and Trump were ‘yes or no’ questions, France, like Holland, is offering voters a variety of ways to express their frustrations. Le Pen is not the only option.

That doesn’t mean that she can never win the presidency. In June, there will be elections to the National Assembly and five years as the leader of a large parliamentary bloc in opposition to Macron or Fillon might well strengthen Le Pen ahead of the 2022 election.

Failure on the part of one or the other to deliver on their promises could well signal the end of the Fifth Republic. READ ALSO: Why winning the presidential election could be a poisoned chalice