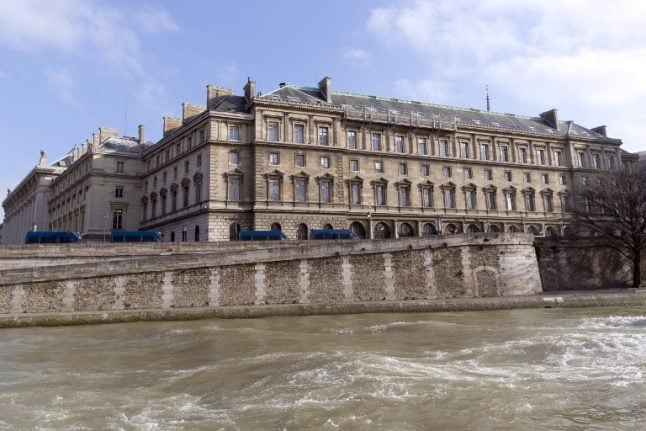 The police headquarters in Paris. Photo: AFP
The presiding judge in handing down the maximum sentence to Jonathan Guyot, a 36-year-old officer in the drugs squad, said he had been proved guilty “beyond a shadow of a doubt.”
Security guards testified to seeing Guyot entering Paris police headquarters, known as 36 quai des Orfevres, late at night in July 2014 when the drugs worth around €2 million ($2.12 million) went missing.
He was seen leaving carrying two bags and was detained by police around a week later with 24,000 euros in cash and the code for a safe saved in his mobile phone, prosecutors said. The case shocked the Paris force which has been buffeted by a series of scandals over the last few years.
Choking back tears in court on Thursday, Guyot said he regretted the impact of the case on his family and friends, with his wife, brother and two childhood friends also prosecuted for money-laundering or handling stolen goods.
“I'm unable to excuse myself, so I can't ask them to excuse me,” he said, while continuing to deny that he was responsible for the theft.
The drugs remain unaccounted for, but an accomplice, 35-year-old Farid Kharraki, was sentenced to five years in prison on Friday for helping sell the cocaine.