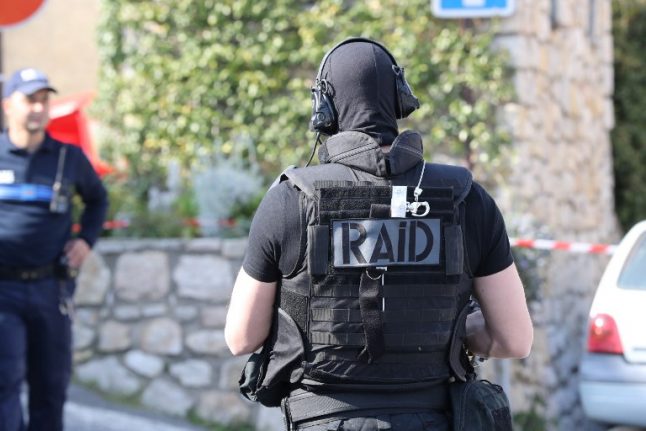 Photo: AFP
Police investigating the shooting at the high school in Grasse have arrested and placed in custody the shooter's best friend after a 24-hour search, it emerged on Friday afternoon.
The best friend of the teenager, named Killian B and who opened fire at the Lycée Alexis de Tocqueville on Thursday, was taken by police around 30 kilometres from Grasse.
It's believed the 17-year-old “assisted the main perpetrator” who left 14 wounded, according to the statement issued by investigators in Nice.
It is not clear what kind of “assistance” the best friend of Killian is alleged to have provided, but police want to know how he was able to be so heavily armed.
The teen's twin brother has also been arrested.
Killian B had opened fire with a pump action shotgun, but was also carrying a home-made explosive device, a hunting rifle and revolver.
A source close to the investigation said Friday that the weapons belonged to his parents and grandfather.
Investigators are concerned because like Killian B, it is believed the best friend was also obsessed with guns and violence.
Three pupils and the headteacher suffered minor gunshot injuries, and another 10 students were treated for shock or injuries sustained during a stampede, according to an updated toll. One person remained in hospital late Thursday.
The headteacher Hervé Pizzinat is being hailed as a hero after his role in stopping a teenage gunman.