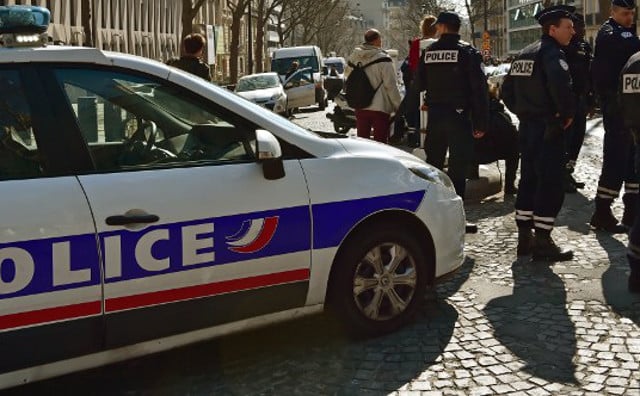 A man was arrested in Paris on Friday suspected of slitting the throats of his father and brother at the entrance to a building in the capital's trendy 11th district, police sources told AFP.

The sources, who asked not to be named because they were not authorised to speak publicly, said the reason for the attack was being investigated.

The two men died at the scene despite efforts by paramedics to save them.

After interrogation, the attacker was taken to a secure psychiatric ward on Friday afternoon, according to reports.

“I came down and saw one body in the hall and another in the courtyard. There was blood everywhere,” one resident told Le Parisien newspaper.

Some witnesses said the suspect made remarks “linked to radical Islam” but the police urged caution, saying the killer's motives were unknown.

The attacked happened outside a building on Rue de Montreuil in the east of the French capital near Place de la Nation (see map below).

A resident of the high-rise building in the city's 11th district said he heard a man “crying for help” at around 11am.

“I looked out the window and saw a man lying on the ground. There was a lot of blood.

“There was another man standing beside him, dressed in a white djellaba (loose-fitting tunic worn by some Muslims). He fell to his knees and prayed until the police came to take him away,” 21-year-old Thomas told AFP.

“When I arrived in the hall of the building I saw a body lying in a pool of blood, in front of the postboxes. It was carnage. I went out and then saw another person covered in blood,” he said, expressing shock.

Police had sealed off a section of the street around the building. No further details on the suspect or the victims were immediately available.

Specialist police SWAT teams were sent to the incident and a large cordon was set up around the scene of the crime. As a result traffic was disrupted in the neighbourhood.

Images and videos posted from the scene showed the area was calm while many residents told Le Parisien newspaper they had not seen or heard anything.