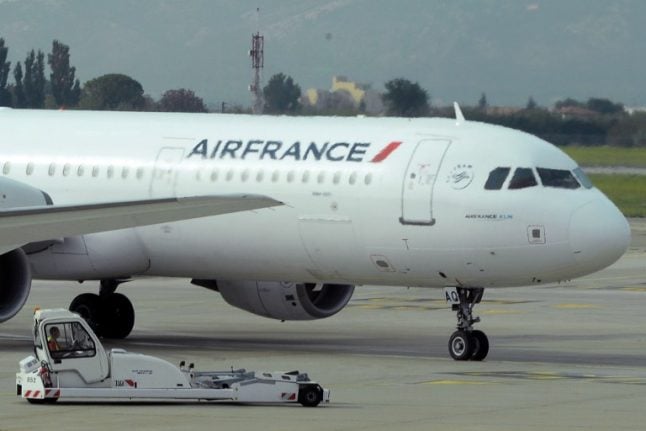 Photo: AFP
Two Air France cabin crew unions – SNPNC and Unsa PNC – are to down tools during three-day strike starting from Saturday March 18th to Monday 20th.
The unions represent just under half of the airline's cabin crew, who say they're unhappy over general working conditions.
The extent of the potential disruption to flights in and out of France remains unclear at present.
Air France has said that “some flights may be cancelled” and that the reduced crew means that passenger numbers may be limited, so the company “may not be able to honour all reservations”.
“Air France continues to favour social dialogue to find compromise solutions,” the airline wrote on its website.
“It is too early to have a clear view of the outcome of these talks and the consequences of this strike action on our flight schedule.”
It added that Air France flights operated by an aircraft of other airlines, including HOP! would not be affected by the strike.
Rebooking options were offered at no extra costs, and for the duration of the strike, internet check-in service will be exceptionally available 15 hours before flight departure time.
Travel delays won't be restricted to the airways this weekend either, with Gare de Lyon in Paris shutting up shop for a full 48 hours from Friday to Sunday to complete signalling works. Find out how your journey may be affected here.
Photo: Brian smithson/ Flickr