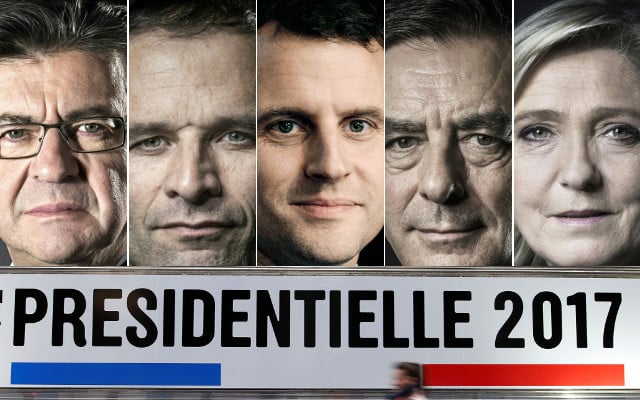 The 2017 presidential election won’t be the first time the French have looked out across the political landscape and seen a fractured field.

In 2002, there were no fewer than 16 candidates standing in the first round of the presidential election. Back then, the field was so fractured that the Socialist prime minister Lionel Jospin was eliminated from the contest. Voters were then left with a choice between the sitting, right-wing president, Jacques Chirac, and Jean-Marie Le Pen of the far right Front National (FN).

Of course, Chirac proceeded to crush Le Pen, 82% to 18%, in the run-off. In the process, he forced the three competing parties of the right and centre right into an electoral alliance, then a single party, the UMP, which later became the Republicans.

The 2002 election is regarded as a turning point in the political history of the Fifth Republic (the regime created by Charles de Gaulle in 1958). Not only was the outcome unexpected, but it was the first in which the president was elected for a new five-year term (reduced from seven) shortly before elections to the lower house, the National Assembly.

Initially, this was a simple coincidence of the electoral calendar but it now means the French are summoned, barely a month after electing a new president, to provide him or her with a majority in the National Assembly. One entirely predictable consequence of this has been the relegation of National Assembly elections to almost secondary status and high rates of abstention among those who didn’t vote for the new head of state.

It’s worth knowing this detail, because while the main focus currently is on the 2017 presidential candidates and their programmes, rallies and public utterances, and the who was paying whom and for what, behind the scenes there are also feverish negotiations going on over who will stand in the 577 constituencies in June’s assembly election.

In a system where political parties are weak and prone to fragmentation, the value of the support of a potentially victorious presidential candidate is a powerful lever. By the same token, experience suggests that defeated presidential candidates do not make good rallying points for their parties when the parliamentary vote rolls around. Even Marine Le Pen could only turn her 17% of the vote in the 2012 presidential election into two seats in the assembly – neither of them for her.

Le Pen’s success between then and now has come through the intervening local and European elections – and these have been as much about rejecting Hollandisme as they are an endorsement of her.

So far, there are five main presidential candidates in the 2017 race. They are, from left to right, Jean-Luc Mélenchon (heading a movement called La France insoumise), Benoît Hamon (for the Socialists), Emmanuel Macron (who has established his own movement called En Marche!), François Fillon (for the Republicans), and Le Pen (for the Front National/Rassemblement Bleu Marine).

The ecologist Yannick Jadot may or may not run. Last week, his electors authorised him to negotiate a joint platform with Hamon and Mélenchon, which would, in due course, also cover the matter of an alliance for the general election. Hamon is receptive, but Mélenchon is not and, to be honest, never has been. Mélenchon left the Socialists in 2008, objecting to its drift towards social democracy. His singular goal, ever since, has been to destroy the party and recreate a new left under his leadership.

The Socialist party is straining to hold itself together. Party secretary Jean-Christophe Cambadélis has warned that anyone defecting to support Macron in the election will be expelled, and thus forfeit support if they plan to stand in the general election. Those with a strong local power base will see that as a risk they can take in the interests of backing a candidate more likely to win – but not all will. The Socialist position might change, of course, if Macron is elected to the Elysée and Hamon does not get a creditable score (at least 16%) in the first round. Even though he is the party candidate, he is not its leader and if Macron made the right noises, a broad centre and left electoral alliance is not out of the question.

Another possibility would be a simple form of what is known as “désistement républicain”, whereby the parties of the left (though not Mélenchon) and Macronistes agree to stand down for whichever of them is better placed in a particular constituency. The circle that Macron has to square is that while he might get elected by himself, he cannot govern alone and no-one can predict how his pop-up party will fare amid the rough and tumble of a general election campaign.

To Macron’s right, the Republican party has flipped around completely. One of the explanations for Fillon’s unexpected victory in the primary was that he paid attention to the party’s grassroots. While Nicolas Sarkozy controlled the hierarchy, his former PM focused on getting out into the provinces and holding small-scale meetings with the the rank and file. But it is precisely here that unease is strongest now. While Fillon is determined to fight on, even as the formal investigation into his financial conduct continues, and the party’s heavyweights have voiced solidarity, there is real concern in the constituencies that Fillon will not deliver the “alternance” (a change of majority) they expect and demand. For the Gaullist core of a movement that sees itself as the natural party of government, the prospect of five more years out of power is almost unbearable. If Fillon is eliminated, who will pick up the pieces? The failure to answer that question adequately after Sarkozy’s defeat in 2012 is just one of the reasons for Le Pen’s rise and rise. And yet, while the Front National can make a pretty strong claim to be “le premier parti de France”, its position is not as strong as it might be. Despite winning 25% of the national vote in the European elections of 2014, the same in departmental elections, and 28% in the regionals in late 2015, the FN remains a leadership without much structure, few candidates and desperately short of funds. The party has more local councillors than ever before, but membership remains low. The FN is being very coy about just how many candidates it thinks it can field.

It is almost impossible to imagine a president elected without a majority in the assembly. It’s just as hard to imagine any other party being willing to join the FN in a coalition.

While a Le Pen victory in May might fit the Brexit/Trump zeitgeist, Le Pen might actually be better off losing the 2017 election. She could spend five years building a parliamentary base, which also comes with state funding on a per seat basis, and mount a challenge in 2022. If she makes the run-off and then fails to take 40% of the votes, on the other hand, it’s perfectly possible that she’ll be booted out as leader of her party.

However it turns out, the election to the fourth five-year presidential term risks pushing France ever deeper into an institutional turmoil than its instigators could ever have imagined when they stood on the cusp of the Fifth-and-a-half Republic back in 2002. It was all supposed to be so simple. This article originally appeared on the website The Conversation. You can view the original by clicking here.