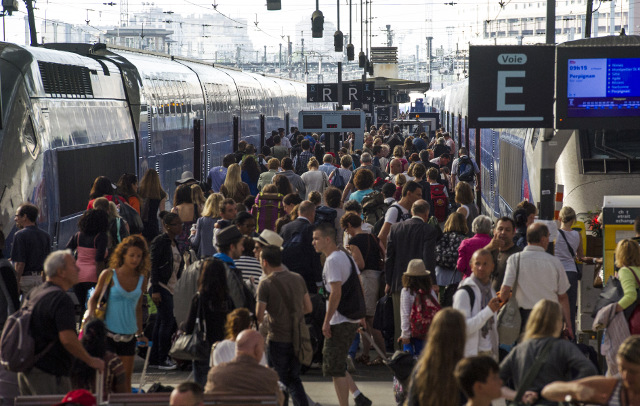 French rail chiefs SNCF already announced on Monday that the price of tickets on the new high speed TGV services to Rennes and Bordeaux will rise.

Tickets for the new lines went on sale on Wednesday. Passengers can make reservations on the first trains by clicking here.

The price of a ticket on the new services will rise on average by between six and 10 euros, which SNCF believes represents a good deal for customers.

“We have succeeded in limiting the average price rise to €10 from Paris to Bordeaux and €6 from Paris to Rennes,” said Rachel Picard the head of Voyages SNCF.

With its new Bordeaux service, SNCF hopes to beat the competition from budget airlines by attracting passengers who would normally take the plane.

They are currently working out a plan on how to offer the best service possible to passengers, but there will be free WiFi on the trains and the new trains promise to make comfort the number one priority.

In future, travellers will also have their tickets checked before boarding the trains rather than during the journey.

As part of its summer sales season that opened on Wednesday SNCF promise that there will be more promotions offering passengers cheap prices through its discount Ouigo service.

Passengers can reserve their tickets by clicking here.

SNCF says the number of first class tickets that will be on sale for €20 or €25 will double.

From Wednesday Eurostar is also offering passengers tickets from London down to Bordeaux for as little as £55 one way. Passengers will have to change trains in Paris however and get from Gare du Nord station to Gare Montparnasse.

Company commercial director Nick Mercer said: “There is a growing appetite for Bordeaux, as British travellers are drawn to the gastronomic and cultural attractions of the city and nearby regions.

“With the new high-speed line, passengers will benefit from a more civilised way to travel with city-centre-to city-centre travel, a generous baggage allowance and superior comfort on board our new trains.”