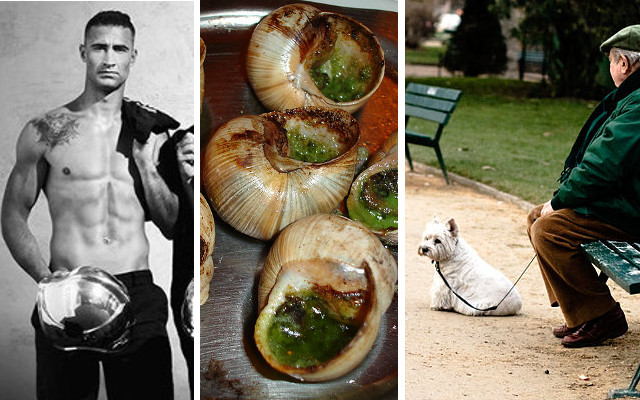 You will never be short of a calendar in France. From November onward people knock at your door holding calendars of various qualities. It is illegal to ask for, or to give, a ‘Christmas box’ to tradesmen, so they turn up with a calendar, for which you give a donation.

The book ‘Living and Working in France’ includes the tongue-in-cheek line “If you do not want your rubbish spread out in the street for the next year, give a donation and get a calendar’. Not only the dustbin men, but the postman and the firemen, will call holding calendars. Just before moving to France, I was a frequent stall holder at a local car boot sale. No such thing exists in France. They are illegal. However, every town and village has the right to organise an annual Brocante. The alternative name is a Vide-grenier as it gives everyone the opportunity, once a year to ‘empty’ their ‘attic’. The French have come up with an ingenious method for vets, and anyone else who wishes, to know the age of an animal. Each year is given a letter of the alphabet. For example, 2016 had the letter ‘M’; the year before was ‘L’ and in 2017 it's ‘N’.

Everyone with a dog or cat is expected to choose a name that begins with the letter of the year. You simply type ‘nom de chien’ into a search engine and up pop lists of masculine names for you to choose from. One list offers 600 names beginning with ‘M’.

The letters K, Q, W, X and Y and not included in the list because they are considered too difficult for people to come up with names. After a row over the dunking of a Jaffa cake on the Great British Bake Off a top French chef declared the French are the true champions of dunking! They love to dip their croissant into their morning coffee, and their buttered tartine into hot chocolate. And it's not just hot drinks the French love to dunk food in.

Don't forget the champenois custom of serving a ‘biscuit rose de Reims’ to dunk in a glass of Champagne! Want to work for yourself in France? Like working with animals? Don’t want a 9-5 office job? You could be a freelance pig killer! Someone who had worked for 26 years as a butcher in a supermarket saw a gap in the market. Legally all other farm animals must be taken to an abattoir to be killed, but pigs are not included in the legislation. This entrepreneur goes to the customer’s house with his box of knives and his mincing machine, does the dirty deed and the clients have enough pork in their freezer for a year. Try doing that in the UK. ‘Le Fête du Travail’. Contrary to its name this is the day when no one works! On 1st May everyone gets a holiday. There is a quaint custom of giving lily-of-the-valley flowers to family and friends. Charles IX started the tradition and to give a bunch is a ‘porte-bonheur’ – a good luck symbol. Sellers set up stalls at every intersection and roundabout with bowls of water containing their freshly picked sprigs. Apparently, it is the only day when Joe Bloggs can try to make a bit of money for himself AND, strangely for France, there is no law that prevents him. But beware, for should you dare to add a little rose bud to the freshly picked woodland flowers you could be in trouble. ‘Art floral’ can only be practiced by trained professional florists. Your efforts at adornment could be seen as competition and lead to job losses amongst that profession! Go to jail!

Nearly every well-known and frequently used organisation in France seems to have chosen its name, so that it can be called by an acronym. Every French person is familiar with what the body does, but has no clue what the letters stand for. You must pay your social charges to URSSAF Unions de Recouvrement des Cotisations de Sécurité Sociale et d'Allocations Familiales.

We have CREPS which I assumed was something to do with pancakes, until I had a student who studied there and I found it stood for Centres de Ressources, d'Expertise et de Performance Sportives – a sports college! The minimum wage is always called the SMIC = salaire minimum interprofessionnel de croissance and the emergency ambulance service is the SAMU = secours d'aide médicale d'urgence. At the door of our Social Security office are 4 letter boxes marked with the initials of various departments in the building. I never know into which one I must post my letter. Is it CRAM, CMPS, CAMIEG or CARSAT?

One of my adult students told me that she enjoyed going into the countryside to collect snails to eat. When I tell my nephews and nieces that French people eat snails their reaction is ‘Yuck’. No other activity is more likely to widen the gap between two nations than this. I ate one as a type of initiation ceremony. The garlic and butter sauce around it was pleasant, but who wants to chew a piece of rubber?

I picked up a leaflet in the doctor’s surgery which told me that Magnesium is a mineral that helps in more than 300 chemical reactions in our bodies. There followed a list of magnesium rich foods. Number 3 on the list was ‘les escargots’, 50g of which give 128mg of magnesium. I think I will stick to numbers 4 and 5 on the list, cashew nuts and dark chocolate! A well-dressed table takes as much time to prepare as the meal. On the French equivalent of ‘Come Dine With Me’, ‘Un Dîner Presque Parfait’, contestants are scored on both hospitality, décoration de la table, and their cooking skills. Guests have been treated to such things as tables full of tropical fruit, or a layer of sand to replicate a beach scene.

Napkins, flowers, sparkly glitter, placemats, many sizes of drinking glasses are often used and there are shops that specialise in selling these items. Candles seem to be ‘de rigueur’. I find it slightly ridiculous that there are sometimes so many things on the table that when the food arrives everything has to be moved to make room for it. When you go to have an X-ray taken, you will be asked to wait until the doctor has written up your notes and the pictures have been developed. You are given a copy of the report and the X-ray. I have a folder of mine in the office. Friends who moved to a new house found an envelope of images of someone’s ribs and knees in the wardrobe. It was a novel day when I received pictures of my breasts in the post – X-ray pictures that is. The selection above is taken from France-based British writer Joy Brodier's new book “The Definitive Dictionary of Droll Differences Distinguishing Dover from Dunkerque”. Although she says The Local's readers may be able to come up with a catchier title. Feel free to make suggestions.

Joy Brodier has lived with her husband in France for 10 years. Her first self-published book was a guide to the large brown tourist information signs along the A26 from Calais to Troyes. What exactly were ‘Les Terrils’ and “Colline de N.D. de Lorette”. 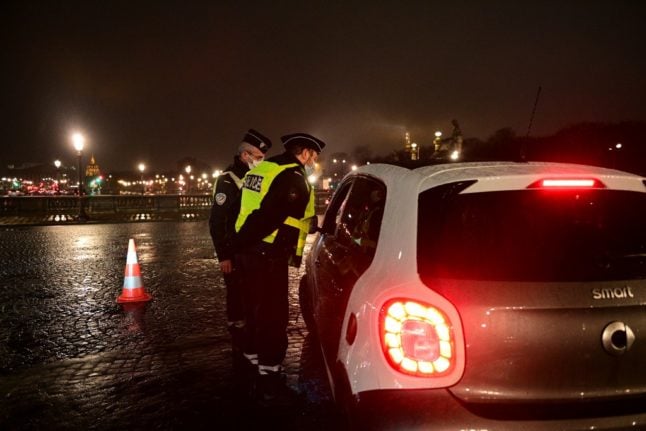