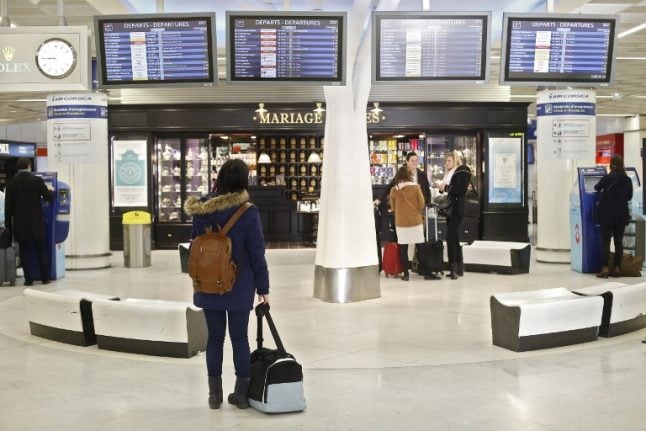 Photo: AFP
The DGAC, France's civil aviation authority, the DGAC, has recommended that 20 percent of flights serving southern and western France should be cancelled on Thursday.
This is a slight relief from the past three days, where cancellation figures have hovered between 25 and 33 percent in the areas.
The DGAC said that flights to and from Nice should be back to normal on Thursday.
The strike has seen air traffic controllers staging walk-outs over a dispute surrounding working hours and conditions, essentially affecting flights across the country.
Airports that have been worst hit include Brest, Bordeaux, Marseille, Nice and Aix-en-Provence. Other cities in France and abroad have been affected as a knock-on effect.
Passengers whose flights have been spared the raft of cancellations have been warned that they face delays.
The strike which is being held by the Unsa union due to staff grievances over working conditions and hours will run until Friday March 10th.