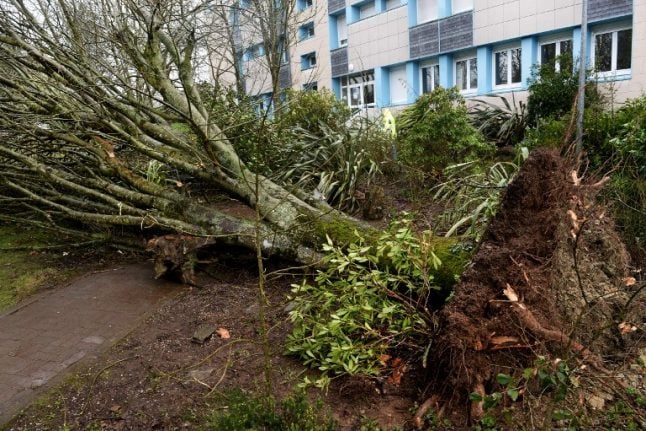 All photos: AFP
Storm Zeus — named after the paramount god in Greek mythology — hit the Atlantic coast before sweeping across to the centre and southeast of the country.
Weather experts said they measured gusts of up to 193 kilometres (120 miles) per hour in the west.
The driver of a lorry carrying gas canisters was killed when a falling branch hit his vehicle in the southern French Alps, while a motorist in the southwest died when his car was struck by a 20-metre- (66-feet) -tall tree.
SEE MORE PICTURES FROM THE STORM HERE Seven young people were injured in the west and southwest by falling debris, three of them seriously.
Some 600,000 properties lost electricity, according to power distributor Enedis.
It was the highest such number since a monster storm in 1999 that left scores dead and three million households without power.
By 10am on Monday, some 220,000 households were still without power.
Pounding rain also forced the closure of a motorway into Paris, Prime Minister Bernard Cazeneuve said in a statement.