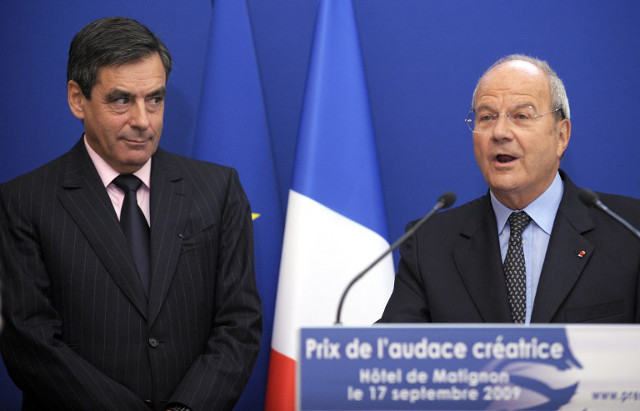 French presidential hopeful Francois Fillon received an interest-free, undeclared loan of 50,000 euros ($53,000) from a billionaire friend in 2013, according to the Canard Enchaine weekly.

The conservative candidate “did not deem it necessary” to report the loan from Marc Ladreit de Lacharriere to a state transparency watchdog, the weekly said in its edition to appear Wednesday.

The  investigative and satirical newspaper, the source of the fake jobs scandal that has threatened to derail Fillon's candidacy, reported that his lawyer Antonin Levy had confirmed the loan had been repaid in full.

Ladreit de Lacharriere, whose magazine La Revue des Deux Mondes once had Fillon's wife on its payroll, was given France's highest state honour by Fillon in 2011.

The Canard Enchaine also said investigators were also looking into a consultancy firm called 2F Conseil that Fillon set up in 2012 after he left office as prime minister, which the paper says has paid him hundreds of thousands of euros.

Fillon has denied any wrongdoing with his consultancy work.

Once the frontrunner to become France's next president in May, he has had to battle to stay in the race because of revelations in January by the Canard Enchaine that he had paid his wife Penelope hundreds of thousands of euros from public funds, allegedly for fake jobs.