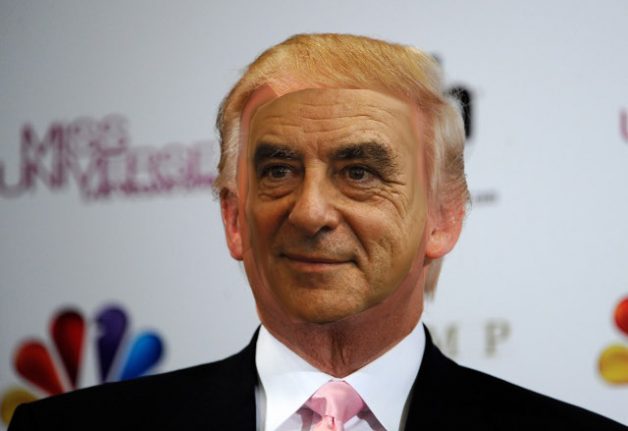 Perhaps the pressure of trying to keep his lumbering campaign going is getting to François Fillon, or perhaps he has purposefully decided to take a leaf out of Donald Trump’s book – he did become president against all the odds remember.

Fillon was heralded as the “anti-Trump” after winning November's primary because the life-long politician was considered anything but populist, but the former PM is now developing some uncanny similarities with the ever-controversial and plain-spoken US president.

Just as Fillon (now always described as “scandal-hit or “crisis-hit”) launched a last-ditch bid to save his flagging campaign by holding a rally in Paris and appearing on prime time French television on Sunday night, he was “hit” by yet more controversy.

During his interview on the France 2 TV channel Fillon angrily blasted French TV channels for falsely announcing the suicide of his wife Penelope last Wednesday morning. That sparked surprise among viewers and the media for it was the first time they had heard about any reports or claims of Penelope Fillon having committed suicide.

That was because it was not true. A quick search revealed that not one TV channel in France had reported on the claims.

Many accused him of using Donald Trump-like tactics by making up “alternative facts” and claiming to be the victim of the media in order to mislead people and boost his support.

Hugo Clement, an investigative reporter with the TV show Quotidien tweeted: “So after checking with the whole world, it’s false. No TV channel announced the suicide of his wife. Trump method.”

Clement added in French: “Plus c’est gros, plus ça passe”, essentially meaning “the bigger the lie, the more people believe it”.

But it wasn’t the only incident on Sunday that saw Fillon compared to Trump.

Many mocked the claims from Fillon's camp that there were as many as 200,000 supporters present at the rally at the Trocadero Plaza.

The media quickly discounted that figure claiming the plaza could only fit 50,000 people.

The row had echos of Trump’s claim that his inauguration in January drew the biggest crowds ever, despite photo evidence suggesting a much lower turnout to that of Barack Obama's inauguration in 2008.

“No, there were not 200,000 people at the Trocadero. No, not one TV station announced the suicide of Mrs Fillon. Stop Alternative Facts,” tweeted political analyst Laurent Bazin.

He wasn't the only one who made a link to Trump.

Fillon wasn’t finished there however.

During his TV appearance he caused uproar by bizarrely repeatedly insisting he was “not autistic” in order to stress the fact he was open to criticism.

“I need to bring my [political] family together. That’s obviously what I’m telling you. I’m not autistic,” he said.

Cue outrage on Twitter, much of it from those with autistic family members.

Some said Fillon’s words were “clumsy”, others insulting, while some said it was “unacceptable.”

The lack of awareness for how his words might be perceived and bizarre capacity to insult a group of people had echoes of some of Donald Trump' more controversial moments in press conferences.

Sunday’s hat-trick of incidents was not the first time Fillon has been compared to the US president.

In last week's combative and belligerent press conference, something Donald Trump has grown accustomed to as well, Fillon claimed he was the victim of a media witch hunt and blasted the magistrates who were investigating him.

He accused them of plotting a “political assassination” and basically suggested the whole Penelopegate “fake jobs” scandal was “fake news”.

In his most populist statement Fillon said he would only listen to the will of “the French people”, and not the establishment, which mirrored Trump's claim on inauguration day that “the people” were back in charge.

His attack on the judges echoed Trump's outburst at the American courts for overturning his travel ban on citizens from seven Muslim majority countries.

France's left wing Liberation newspaper was worried enough by Fillon's aping of Trump's paranoid attacks on the media,  the courts and politicians that they described him as a “danger” to democracy and civil liberties.

With Fillon hanging on and withstanding enormous pressure to step down we can expect a few more “Trump moments” in the coming days and weeks.

Fillon is still convinced he can emulate Trump by winning the presidential election.