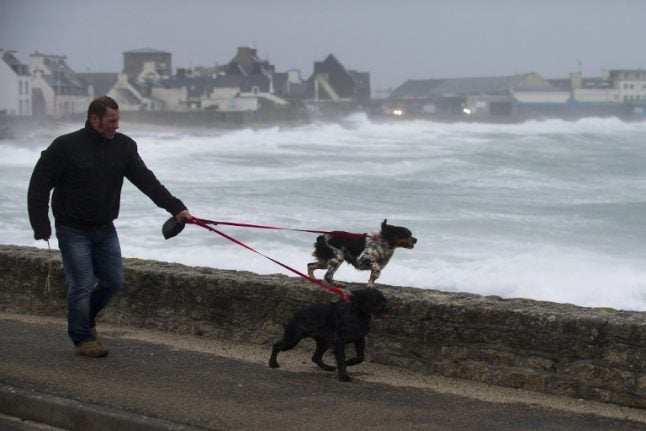 Winds are expected to reach up to 150km/hr on Brittany's coastline and 120km/hr inland.
Heavy rainfall has been predicted in some areas too.
The agency said that residents could expect “significant damage” caused by the wind and disruptions to local traffic.
It warned that there was a possibility of cuts to electricity and telephone lines.
The agency warned residents in affected areas to stay off the rooftops and to secure objects that are liable to be blown away.
Elswhere, the entire island of Corsica was issued an orange alert for flood risks as well as “particularly strong winds”.
Residents were told to avoid getting too close to the sea, or indeed anywhere that was already flooded.
The warnings are in place until Tuesday at 10am.