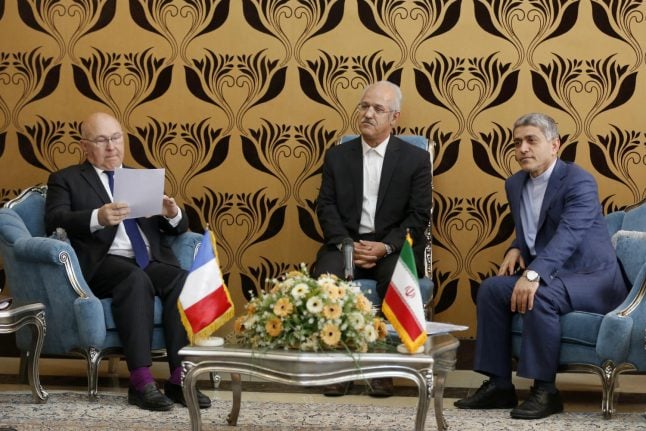 “We can't work on developing our economic relations if we don't also normalise our banking relations,” he said after meeting his Iranian counterpart Ali Tayebnia.

“Over the past few months, relations (between Iran and France) have considerably developed. There are projects being realised, contracts being signed,” he said.

But “financial circuits need to be normalised. It's our aim, our will – even if it can't be done in a day.”

Trust must be built “to allow companies – if they so wish – to have financing channels that are safe and efficient”, Sapin said.

French and other European companies have returned to Iran since the partial lifting of international sanctions in January last year when a landmark nuclear deal with world powers came into force.

But international banks have not re-established financial circuits withIran, fearing reprisals from Washington which has maintained some economic sanctions against the country.

Tensions have mounted since the January inauguration of US President DonaldTrump, who has repeatedly slammed the July 2015 nuclear deal.

Sapin said France would encourage its banks to work with Iran, which they have so far refused to do.

“France's big banks are international banks. They work around the world including in the United States. It is therefore normal that they worry about respecting American rules with regards to their American activities,” Sapin said.

“I can't blame them, but they need to rebuild trust,” he said.

“We can work with them to understand the rules and find good reasons to work towards developing our relations” with Iran.