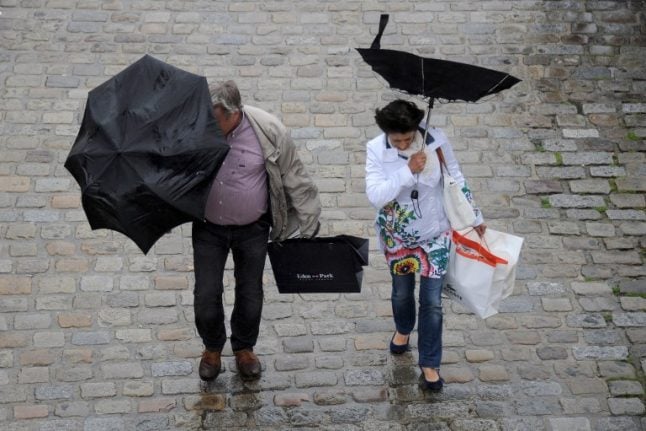 National weather agency Météo France has issued orange alert warnings to eleven departments in the south of France for strong winds and snow.

An orange alert is the second highest on the agency's warning system and it urges the public to stay vigilant.

The departments on alert for the wild winds are: Rhone, Loire, Haute-Loire, Bouches-du-Rhone, Gard, l’Hérault, Var and Vacluse (see map below).
The agency said the winds may reach 130km/h in some places from around 2pm on Friday. The agency warned that the winds could cause disturbances to local boat and aerial traffic.
It said that resident should stay off their rooftops and secure any objects that may be blown away.
The agency issued orange alerts to another three departments – Cantal, Aveyron and Tarn – but for snowfall and black ice.
“The most striking aspect will be the intensity of the snowfall,” said Météo France, warning that motorists should be aware of black ice on the roads.
The snow is expected to fall on Friday night and carry on into Saturday.
All warnings are in place until Saturday at 4pm.