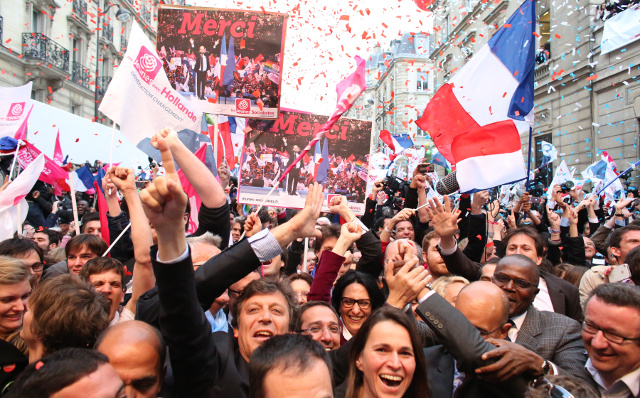 We've had the primaries to pick the Socialist, Greens and centre-right party candidates, which is all water under the bridge now even if a few Republican MPs and supporters would no doubt like to turn back the clock given the strife François Fillon is in.

Other candidates have thrown their hats into the ring like the maverick Emmanuel Macron and the far left Jean-Luc Melenchon, whose middle name is “firebrand”. And of course the National Front's Marine Le Pen is in the running as we knew she would be.

As of the beginning of March there were some 25 individuals who have declared themselves a candidate for the 2017 presidential election. However that doesn't mean voters will get a choice between 25 as many of those names may not pass the next hurdle. Anyone wanting to run to be French president must gather 500 signatures of support from elected officials, known as “parrainages” (sponsors). They must be spread across at least 30 different departments, with no more than 50 signatures per department.

The period for collecting signatures of support for your candidacy began on February 25th and ends on March 17th at 6pm – the official deadline for being a candidate in this year's election.

Technically, the signatures need to be obtained within that time window, but some candidates get around this by seeking out promises of support up to a year in advance of the deadline.

You’d be right in thinking that’s a somewhat tall order, but it’s purposefully made difficult in order to try to reduce the number of candidates.

Before 1976 you only had to get 100 signatures to run, but fears of an ever increasing number of candidates meant that number was hiked up to 500. Signatures can come from any of the 47,000 of the elected mayors, MPs, senators, MEPs, regional or departmental council members, Corsican assembly members, or assemblies of overseas territories. Each elected official can only sponsor one candidate. In theory that means a maximum of 80 candidates but in reality most “élus” – as the elected officials are called – will refuse to sponsor many candidates.

Once the signatures are in, they will be verified by the Constitutional Council and then published. Once validated the candidate will receive a cheque of €153,000 to put towards their election campaign.

In past elections, getting the required number of signatures has been a hot topic, especially for the National Front, for whom it’s usually a struggle to reach the golden 500. This year however Marine Le Pen looks likely to get passed the 500 mark with ease, although the last count put her down on 25.

As of March 2nd François Fillon had already passed the 700 mark, while Socialist Party candidate Benoit Hamon so far has 184 and Emmanuel Macron has 229.

While candidates have been on the campaign trail for weeks and slinging mud at each other at every opportunity, the starting gun for the official election campaign is not until April 10th.

It ends at midnight on April 21st, the eve of the first round and will begin again as soon as the names of the two candidates that will head into the crucial run off vote are officially published. There will then be another two weeks of campaign before the second round.

On the 20th of March the main five candidates Fillon, Macron, Le Pen, Hamon and Mélenchon will go head to head in the first televised debate on TF1. Three days later they will meet again in front of the cameras on France 2 for a second live debate.

The fact that only these top five candidates are chosen for the debate is a controversial subject for some, who believe this is undemocratic and quashes the chances of lesser-known candidates to be heard. Nicolas Dupont Aignan, leader of Debout La France party was not invited to the debates and kicked up a storm, accusing TF1 of breaking France's law of equitable screen time for the candidates.

Although no date is set it's presumed there will be at least one debate between the two candidates who will fight it out for the second round.

On the April 23rd, French voters go to the polls to vote in the first round of elections.

Previously, polling stations have opened between 8am and 6pm, 8pm for big cities, but for the 2017 elections, the closing time has been extended to 7pm outside the big cities.

According to the constitutional council who made the decision, it's to limit results from being leaked before the winners are announced at 8pm, based on the initial results.

Technically, if a candidate was to get an outright majority of the votes at this stage, the second round would be called off and they automatically gain the presidency.

This is all hypothetical though, as no one has ever got over 50 percent in the first round. The two candidates with the most votes make it through to the second round, and the public go to the polls again on May 7th to pick which one will become president.

This is when voting traditionally becomes more tactical, as those who voted for any of the defeated first round candidates will choose their “least worst” option out of the two remaining. With Marine Le Pen expected to make the second round we might hear a lot of talk of “faire barrage a”, basically referring to voters from the left and right uniting behind one candidate to block her from gaining power.

The crucial result will be announced once again at 8pm, when the image of the next president of France will be shown on TV screens, prompting either wild celebrations or groans of despair among the public. The result is based on the votes counted in 250 designated polling stations around the country that are considered to be have an accurate cross section of French voters. Hence the initial percentages given at 8pm can change slightly as the rest of the votes are counted.

However these days with social media and foreign media who don't stick to the strict rules it's hard to keep the results under wraps until 8pm.

That's why you might see people wildly celebrating or groaning long before 8pm.

Whoever wins on May 7th will be inaugurated between eight and 13 days later, once they have set a convenient date with current president François Hollande.

There will be a formal “passing over of powers” as well as the traditional trip to the City Hall in Paris.

And then it's off to work for the next five years before we do it all again.