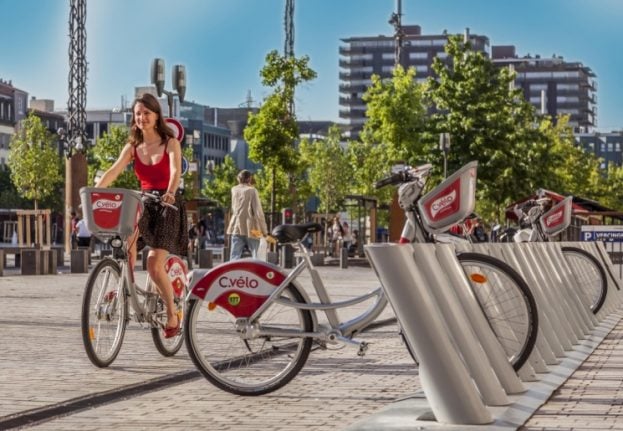 Photo: Smoove
The Velib' as we know it is on the way out.
JCDecaux, the company which has had the contract since 2007, will lose that very contract at the end of the year as Paris reconsiders its options.
And this means that from the start of 2018 your daily bike ride across Paris will likely feel a little different.
There are two front runners for the new contract, which is said to be worth hundreds of millions of euros: a French company from Montpellier called Smoove (more on them later) and JCDecaux again.
JCDecaux is coming in with backing of city transport chiefs RATP and train operator SNCF, and told the TF1 channel that current Velib' model had been redesigned to include a battery pack (see video below).

Other than that, the bikes look largely the same.
However in the other corner, the start-up Smoove is offering a fresh look for the popular city bikes.
The company's bikes are already in operation in 12 cities in France (and in 14 countries across the world.
They are started with a card or a mobile phone, and are parked by entering the front wheel into a slot (unlike Velib's which have a small metal bar that needs to be slotted into a hole).
And for the Paris version, they will be linked to the Navigo travel pass.

Here's a look at some of the Smoove bikes in operation in France. If you just need to park the bike for a short while, a cable can be extended from inside the handlebars that then can be locked into the body of the bike. The bike can then be unlocked by a simple beep of the card.
Here's a closer look at the bikes via a video the company released about its Moscow fleet.

Paris is in need of a new fleet of bikes, with the Velib' scheme costing the city €15 million a year, at least according to a September report by government auditors at the Inspection Générale of Paris.

That total is apparently made up of €1.5 million in vandalism repair, €9 million in deployment to the outer suburbs, and maintenance costing between €3 million and €4 million.
The auditors also accused JCDecaux of not being transparent when it came to its financial reports.
The new operator will be announced in spring this year.