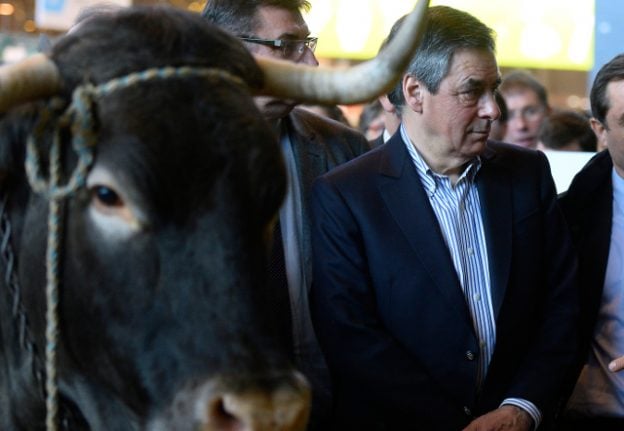 Under-fire French presidential candidate Francois Fillon said on Wednesday he was postponing a visit to a key agricultural
fair in Paris and would hold a press conference at midday from his campaign HQ.

Fillon's campaign offered no explanation for the last-minute change, saying only that a new date for a visit would be published later. Even those politicians close to the centre-right candidate admitted they had no idea why the visit was postponed.

France Journal du Dimanche newspaper claimed Fillon cancelled the visit because he had been summoned to appear before judges investigating the “fake jobs” scandal known as Penelopegate that has engulfed him since the Le Canard Enchainé's revelations on January 24th.

Last week a formal judicial investigation was opened into suspected “misuse of public money” surrounding the allegations his wife was paid hundreds of thousands for a “fake job” as her husband's parliamentary assistant.

Magistrates have the power to place Fillon under formal investigation (mise en examen) which is the nearest equivalent to being charged, as long as he is present.

The latest media reports in France suggest both he and his British wife Penelope have received summons to appear before the investigating magistrates with a view to being placed under formal investigation in the next two weeks.

Reports by Mediapart website that Penelope was already in police custody on Wednesday were dismissed by those close to Fillon.

According to Le Figaro newspaper Fillon was holding a hastily organised meeting with senior MPs from his Republicans party on Wednesday morning.

There are also unconfirmed reports that Alain Juppé, who lost out in the Republicains party primary in November will be alongside Fillon when he makes his announcement. Juppé has repeatedly stated he would not stand in if Fillon pulls out.

After initially suggesting he would stand aside if he was charged, he then changed his mind vowing the only people who could judge him were the French public in the upcoming election.

His visit to the massive farm show, seen as a must for anyone hoping to win the election, was supposed to begin early Wednesday morning and several reporters and members of his campaign staff were already on the scene to welcome him.

When The Local visited the farm show this week many French farmers we spoke to actually said they would vote for Fillon, despite the damaging allegations

The organisation Agriculture et Liberté which was carrying out a poll of farmers to find out which presidential election candidate was the most popular told The Local that Fillon came out on top ahead of Marine Le Pen.

After beating his rightwing rivals to clinch the nomination, Fillon was favourite to win the French presidency in the two-round election in April and May.

But the series of damaging allegations that he paid his family for fake jobs has seen him lose vital ground in the polls. Recent surveys suggest that far-right leader Marine Le Pen and centrist candidate Emmanuel Macron are the two most likely to proceed to the second-round run-off on May 7.

Despite difficulties on the campaign trail and attempts by a small number of rebel Republicans MPs to pressure Fillon to stand aside, the candidate has so far stubbornly refused to throw the towel in.