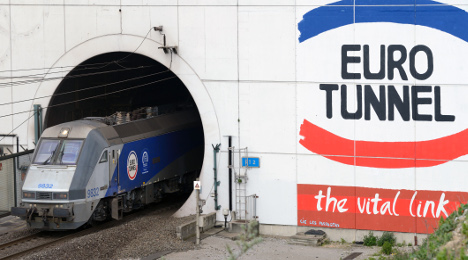 Despite fears over Britain's exit from the EU and terrorism jitters in France, Eurotunnel posted profits of 200 million euros ($211 million), helped by recent acquisitions.

“It's the best year we've ever had at the Eurotunnel group since the opening of the tunnel,” chief executive Jacques Gounon told reporters.

The 2016 net profit included 50 million euros from the integration of ElecLink, an electric link under the Channel purchased the previous year, as well as 64 million euros from discontinued activities, the group said in a statement.

It was a sharp gain from the 75 million euros posted in 2015 and all important passenger numbers showed “strong growth” with 2.66 million tourist vehicles and 1.64 million lorries transported through the tunnel.

Looking forward, Gounon said the firm was “extremely confident” for 2017 and 2018.

Opened in 1994, the Channel Tunnel carries passenger vehicles and freight lorries on special trains under the sea linking England and France, as well as Eurostar passenger trains connecting London with Paris, Brussels and other points in Europe.