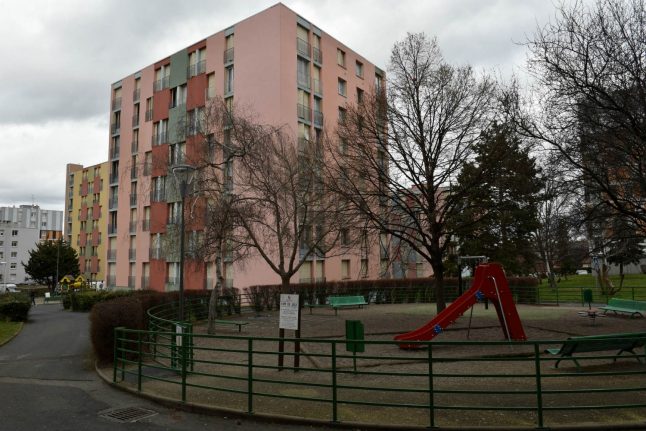 The apartment building in Clermont-Ferrand where one of the suspects was arrested. File photo: Thierry Zoccolan/AFP
The suspects, one 19-year-old and the other a 27-year-old, were arrested Tuesday in the coastal city of Marseille and the central city of Clermont-Ferrand.
Both men, known to intelligence services for belonging to the jihadist Salafist community, were indicted on charges of criminal association in connection with a criminal terrorist enterprise, as well as for possession of firearms.
During raids, police recovered a Kalashnikov rifle and a shotgun, one grenade, a knife, and two bulletproof vests.They also found documents of jihadist propaganda.
Authorities however are still investigating the exact nature of their plans.
France remains on high alert after a wave of attacks that began two years ago, claiming more than 200 lives.
On February 3, a soldier shot and wounded a machete-wielding attacker who lunged at him outside the Louvre museum in Paris while shouting “Allahu Akbar” (God is greatest).
One of the most active members of the US-led coalition fighting IS, France has been the worst hit among European countries targeted by attacks claimed or inspired by the Sunni extremist group.