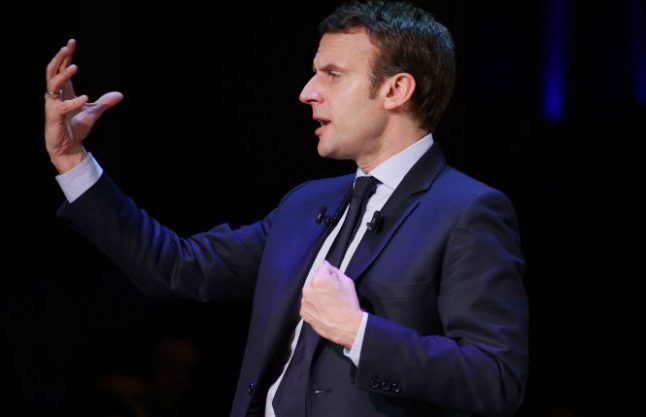 Macron has been under pressure to reveal more of his plans to turn around the stagnant French economy.

A day after he announced a surprise pact with fellow centrist François Bayrou, Macron set out some of his economic plans for France if elected, which include cuts to public spending, while at the same time plowing €50 billion into the economy.

“We need to invent a new growth model,” Macron told Les Echos newspaper. “To be fair and sustainable it must be environmentally friendly and increase social mobility.”

Here are some of the main points to pick out from his plans. Mathieu Plane, a senior economist at the independent French Economic Observatory at Sciences Po university in Paris, said the proposals positioned Macron between his rivals.

“Macron has positioned himself as a relatively moderate alternative,” he told AFP.

“It's close to the Scandinavian model, which has worked very well,” he told AFP. The poll by Ifop-Fiducial showed far-right leader Marine Le Pen winning the first round with 26.5 percent and Macron coming second with 22.5 percent, ahead of conservative Francois Fillon on 20.5 percent.

Le Pen and Macron would then go head-to-head in a run-off on May 7 which Macron would win by 61 percent to 39 percent if it were held today, the poll forecast.

But the election remains highly uncertain, with analysts cautioning against predictions after a series of surprises in France and abroad that have wrong-footed observers.

READ ALSO: A look at what a 'President Emmanuel Macron' has in store for France