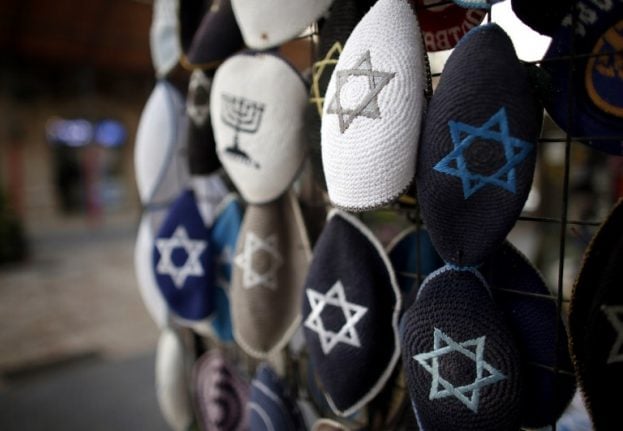 Two Jewish brothers wearing kippas were reportedly assaulted in Bondy, in the Seine-Saint-Denis department to the north of Paris (pictured below).

The men, aged 29 and 17, said that they were in their car when the alleged aggressors, who were in another car, started to give them “insistent stares”.

At a red light, things came to a head when according to the French press the four became involved in an argument.

According to the victims the suspected attackers approached the brothers' car.

One of the attackers reportedly said: “I'm going to kill you, you dirty Jew”. The aggressors then used a metal hacksaw to attack the hand of one of the brothers, according to reports in the French media on Friday.

Doctors recommended the victim take ten days off work to recover from the injury.
The other brother was injured in the shoulder, according to reports.
The brothers have since filed a complaint and police launched an investigation on Tuesday.
France is home to some 500,000 to 600,000 Jews, the third largest Jewish population in the world, after Israel and the United States.
While France saw spike in anti-Semitic attacks in 2014 they have actually been decreasing in recent months, the Interior Ministry reported at the end of January.
In fact, there were 58.5 percent fewer anti-Semitic attacks in 2016 than the year before, the ministry said.
It said there were 335 reported in 2016, 808 in 2016, and 1,662 in 2014 that were reported to police.
There has been a similar drop in anti-Islamic attacks too, the ministry noted.
In February 2015, an Israeli journalist used a hidden camera to record himself wearing the headwear around Paris – an experience he said was both “frightening and depressing”. The video, which has since racked up over 4 million views, shows at least one person call him a Jew, while another man appears to follow him.
The journalist said that he was spat on, cursed, and threatened during the experiment.