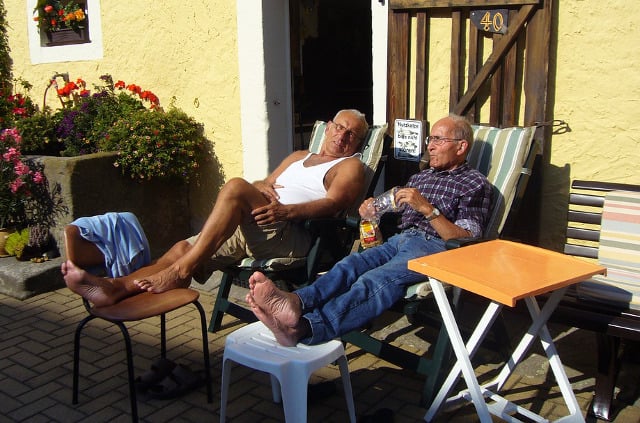 Photo: Pixabay
Life expectancy in France is increasing, according to a report in the Lancet medical journal published on Wednesday.
It found that women born in France in the year 2030 will live to the an average age of 88.6 years (against 85 today) – and men will make it to 81.7 (compared to 79 today).
And the French have plenty of reason to crow about the new stats, because the nearly nine-decade life expectancy for women was the second highest in the world (after South Korean women, who will make it to almost 91 on average).
The men weren't so successful, ranking 17th, though to be fair there wasn't much separating the pack.
So what is it about France that makes for such ripe old ages?
One of the report's authors suggested that it was a mixture of good health and even better healthcare.
“When it comes to health, different countries have different strengths and weaknesses,” Majid Ezzati told Le Monde newspaper.
“France has a low obesity level, the number of road deaths has fallen, binge drinking is less common than elsewhere,” he added, pointing out that France's healthcare covered everyone.
And there's the cheese. There's no clear evidence cheese is good for long life apart from the testimony of France's one-time oldest living man.
Philippe Vocanson, who lived until he was 110, put his longevity down to a healthy diet of cheese and chocolate.
But it wasn't all good news, with Ezzati noting that France's anti-tobacco policy was “mediocre” compared to that of Australia, for example, where the government has been cracking down on smoking for years.
France has been taking steps to improve its worrying relationship with tobacco, so there's hope of catching the South Koreans yet.
The Health Ministry last month announced plans to ban some upmarket cigarette brands which rely on their fashionable names to attract easily-influenced smokers.
France has also been cracking down on “le binge drinking” recently.
In December, the Health Ministry tightening the rules when it comes to Happy Hours at bars – introducing a ban on reduced-price alcohol if other non-alcoholic drinks weren't reduced in price too. Meanwhile, France can breathe a sigh of relief that they are streets ahead of their American cousins – who fared badly “almost everywhere”, according to the report.
Indeed, American women finished 27th of the 35 countries measured for longevity, with American men ranking 26th.
Indeed, life expectancy at birth in the US is poised to fall even further behind, the study noted.
“The poor recent and projected US performance is at least partly due to high and inequitable mortality from chronic diseases and violence, and insufficient healthcare,” the study concluded.
Among the countries canvassed, the US has the highest child and maternal mortality, homicide rate, and body-mass index, a standard measure of obesity.
Of the 35 wealthy OECD nations, it is the only one not to have universal health care, which the researchers identified as the “cornerstone” of other countries' strategies for reducing adult mortality.
Elsewhere, UK women ranked 21st while British men were 14th. The Australians performed particularly well, with women ranking 6th and men finishing 2nd. See the full study here.