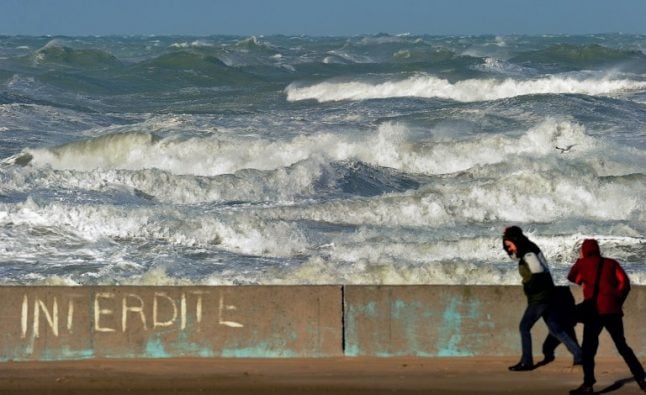 Photo: AFP
Those crossing the British channel by ferry today should check for travel disturbances, as wild weather has already caused delays.
P&O Ferries announced that its customers would be delayed by up to 90 minutes.

DOVER – CALAIS UPDATE : All sailings are delayed between 60 and 90 minutes due to adverse weather. Please check in as booked.

National weather agency Météo France has placed three departments in the north on orange alert.
The departments are Nord, Pas-de-Calais, and Somme.
Orange is the second highest of the agency's weather warning system, urging the public to “be vigilant”.
The three departments – at the northernmost tip of France and all on the coastline of the English Channel – can expect winds of up to 120 km/hr, the agency forecast. Météo France predicted “significant damage”, disruptions to traffic, and troubles with telephone and electricity connections.
Residents have been urged to stow away exposed objects from their gardens and to limit their travel where possible.
The winds are expected to be at their worst between 10am and 8pm on Thursday.
The weather warnings are in place until Friday morning at 6am.