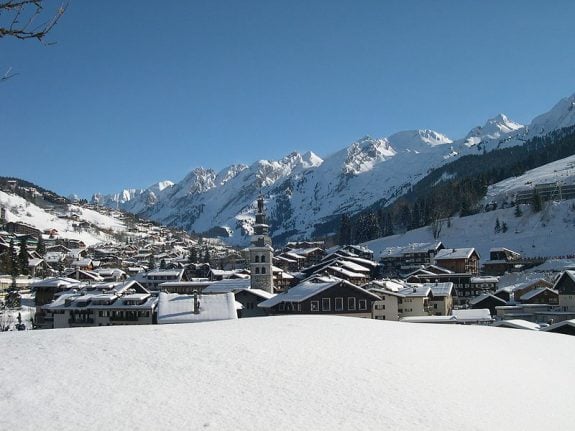 The suspected hit and run occurred at the La Clusaz ski station in the Haute-Savoie region of the Alps.

According to LCI media the British man, aged 25, and a 26-year-old woman were struck violently by the car on Wednesday evening as they stood at a bus stop.

LCI reported that debris from the collision was strewn over several metres, suggesting a “brutal impact” from a vehicle.

The young British couple were found unconscious by the side of the road, according to France Bleu.

They were reportedly left seriously injured and were taken to hospitals in Grenoble and Annecy, where their conditions have been described as critical.

The local Gendarmerie military police has been placed in charge of the investigation, which includes trying to track down the driver of the car.

Initial reports suggest there were no witnesses to the collision.

A spokesman for the Town Hall in La Clusaz told The Local the mayor was made aware of the incident at 10pm on Wesdnesday evening and they are awaiting more information from the Gendarmie.

“It's a very distressing incident, above all for the victims and their families but also for La Clusaz, which is very popular with British skiers,” said the spokesman.