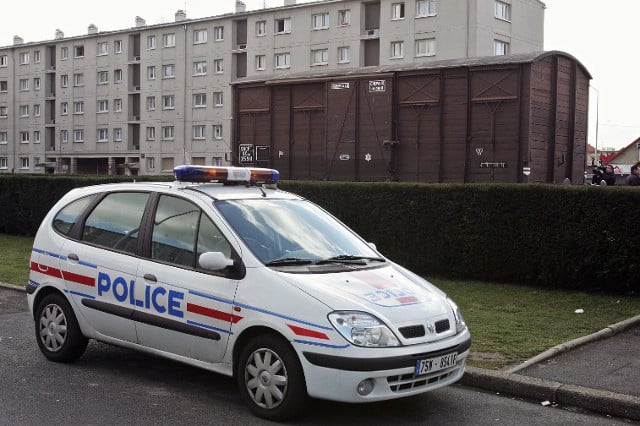 A french police patrol car in the suburb of Drancy. Photo: AFP

The second alleged rape took place during the arrest of a 29-year-old man named as Alexandre, in the northern Paris suburb of Drancy in 2015.

According to Le Parisien newspaper the officer arrested a drunk Alexandre and made use of his police baton as he forced him into the back of a police car.

The police officer told investigators his baton had simply slipped as he struggled to control Alexandre and prosecutors originally decided to charge him with aggravated violence.

But after studying the medical certificates from a doctor who had examined the victim a court in the suburb of Bobigny declared on Monday that the crime needs to be reclassified.

Prosecutors, who had refused to classify the crime as rape by denying that the use of the baton had been of a “sexual character”, could still appeal against the court’s verdict.

But if there is no appeal from prosecutors then a formal investigation for rape will be opened against the officer, which could lead to the officer being charged.

“It’s a just and important decision and it’s the one we were expecting,” said the victim’s lawyer Marie-Cécile Nathan.

The court's decision could again tarnish the image of French police, who have once again come under fire for allegations of brutality and violence.

The alleged rape of Theo during an arrest in Aulnay-sous-Bois on February 2nd was followed by outbursts of violence in several suburbs around the French capital.

While the violence in these areas has died down, an anti-police protest in Paris on Saturday resulted in 13 arrests as trouble flared (see pic below).