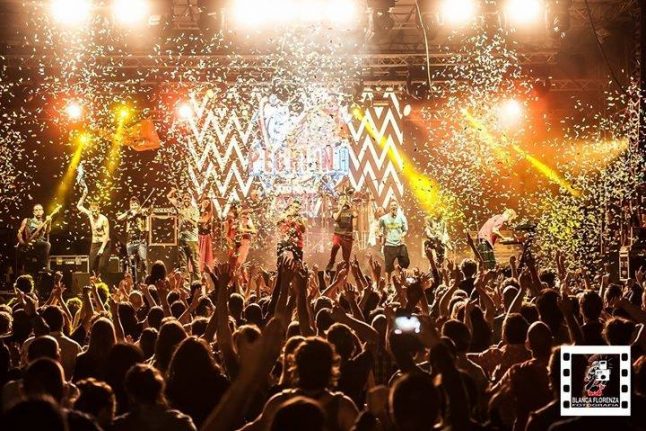 Photo: Festival Lignerock/Facebook
The Lignerock Festival, which was scheduled to be held in the Vendée department in western France on Saturday night, was scrapped at the 11th hour after a series of terror threats were made via telephone.
“There will be a bloodbath in Saint-Christophe-du-Ligneron tonight,” a caller told the Town Hall, the local police station, and festivals organizers in separate phone calls, reported the France Bleu radio channel. Organizers of the music event, which was to see a series of bands take to the stage in an indoor hall, took to Facebook to break the news.
“After a terror threat we have had no choice but to cancel the concert tonight,” they wrote on Saturday.
“We're at a loss for words.”
The local mayor, Thierry Richardeau, said he considered the phone calls to be “of sufficient concern” to make the cancellation.
An investigation is underway and the festival organizers have announced plans to take legal action.
While many events – from outdoor movie screenings to flea markets – have been cancelled in France of late over terror fears, it's unusual that the cancellation is due to a direct terror threat.
French authorities have canned a slew of events during the summer after 84 people were killed in Nice in the Bastille Day truck attack.
Bernard Cazeneuve, who was the interior minister at the time, told mayors across the country not to think twice about cancelling an event if they thought security could not be guaranteed.
France has been under a state of emergency ever since the attacks in Paris that killed 130 people in November 2015. They have recently been extended until July 15th 2017.