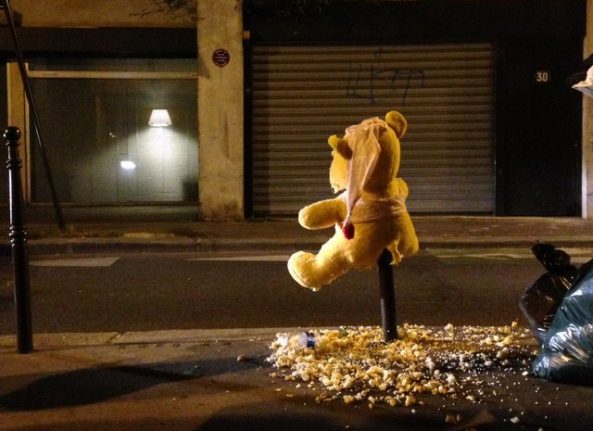 All the photos were posted on the page WTF Belleville (or What the F**k Belleville for those not familiar with slang acronyms) on the Tumblr social media site.

We've picked some of the best that help shed a little light on life in one of Paris's grittiest, most chaotic, colourful and up and coming neighbourhoods.

And if you've never been to Belleville, a bit of background might be necessary first. Once a hilltop town surrounded by vineyards, the quarter in the city's north east became home to Paris's working class as the city expanded.

As the population boomed in recent decades it brought immigration from Eastern Europe, Africa, Asia and North Africa, giving Belleville its distinct multi-cultural character. The neighbourhood hosts Paris's second Chinatown after a large influx of Chinese in the 1980s.

Low prices also attracted a cosmopolitan crowd of young creatives and middle-classes, or “bobos“, who can usually be found in the Aux Folies bar.

Despite the mix of backgrounds, Belleville residents are known for their strong community solidarity, and the phrase “WTF Belleville” is probably meant as a term of affection.

1. … Where the pigeons have supermarket loyalty cards.

Don't miss the little guy up in the pasta shelf. 2. Where trolleys fall from the sky. 3. And where the world is your wardrobe

Ever just need somewhere to hang up your flip flops, champagne and work jacket? 4. The communal garden has its own rabbit, who likes to elope. 5. Meanwhile, this chicken is on the run.

The owner's even included a professional photo fit to help find him. 6. Luckily, one's been found that fits the description.

He runs with the pigeons now. 7. Here, you can find horses parked in the street. That classic dish of “horse petals”. Looks lovely doesn't it? 9. Some Belleville scenes wouldn't look out of place as modern art in the Pompidou centre. 10. Be careful where you eat, there may be some Ratatouille-style practices. 11. But don't worry, it looks like the mice even have their own fire escape. 12. In Belleville, the signs ask you for directions. 13. And you can pick up some interesting books at the Belleville “book shop”.

14. Never leave your motorbike parked for too long. 16. But in Belleville, anywhere can be your driveway if you try hard enough. 17. Shops handily let you know when they receive the Nutella delivery.

Thanks for the update guys. 18. And some of the locals have got some neat ways of carrying the shopping home. “Thanks for not weeing in this pot, from the plants” 20. You just never know what you'll find around every corner here.

They say Belleville is the Rio of Paris. 21. It could be the now infamous Donald Trump bin.

Yep, this was spotted in Belleville, where else? 22. And sometimes it can be more disturbing than you expected.

Where else would you find a fox/goat/eagle hybrid? 23. This poor teddy bear is a little unnerving. Why is it so haunting? And finally Number 25. A love lock for the modern age.

(This one isn't technically in Belleville, but on the nearby Canal St Martin, just down the road from the neighbourhood and was included on the Tumblr page.) 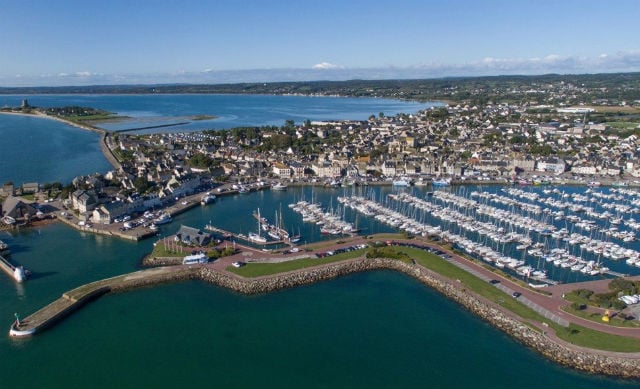