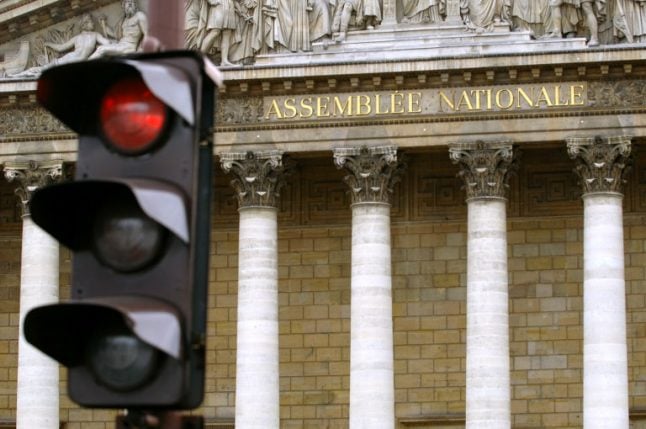 Photo: AFP
If you've ever spent five minutes in Paris, you'll know that the roads aren't the safest of places.
Red lights are routinely ignored, traffic jams are commonplace, and motorists like nothing more than to sound their horns at every chance.
But all this might be about to change.
Following the trail set by cities like Bordeaux and Toulouse, Paris authorities are set to reduce the number of traffic lights in the capital and to replace them with give way signs, or maybe roundabouts.
The aim is to improve traffic flow and safety, considering so many drivers see an orange light and then simply speed up – often at the risk of putting other motorists or pedestrians in danger.
Indeed, there are around 30,000 traffic lights across France, which are the scene of around 10,000 accidents each year, resulting in 150 deaths. Photo: AFP
Will the Paris plan work?
Reports from cities that have already tried the plan – including Nantes, Rouen, Toulouse, and Bordeaux – say that a reduction in traffic lights gives a reduction in traffic jams and accidents.
The town of Abbeville in the north of France has seen improvements after ridding the roads of all but one traffic light, reported Le Parisien newspaper on Monday.
The town sees 64,000 vehicles going about the each day, and has now seen the end of the tailbacks that used to stretch “hundreds of metres”, a spokesperson from the Town Hall said.
Similarly, the City Hall in Bordeaux has already removed 40 traffic lights, replacing them with give-way junctions, roundabouts, and signs for motorists to reduce speed.
Authorities in the western city hope to remove 200 traffic lights by the end of next year.
If nothing else, the economic savings of removing the traffic lights could prove beneficial for Paris – with each light costing around €500 a year to run.
READ ALSO: Where in France do drivers run the most red lights?