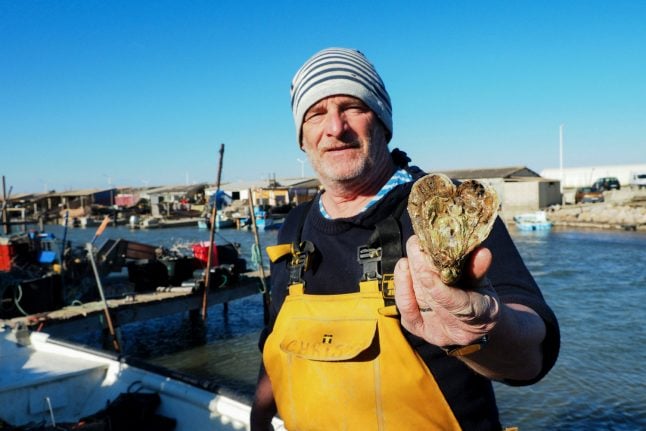 Christophe Guinot shows one of his heart-shaped oysters. Photo: Raymond Roig/AFP
They are the creation of an oyster farmer on France's Mediterranean coast who for some 10 years has successfully cultivated a small quantity of oysters in the form of a heart – a special dish found in the region's top restaurants for Saint Valentine's Day.
It all started as a love offering from his wife.
“One day my beloved gave me an oyster in the form of a heart. I was very touched by this oyster which had taken that shape by chance,” Christophe Guinaut told AFP.
“That gave me the idea to try to cultivate oysters in that shape,” he said.
Guinart of Port-Leucate in the Languedoc region tested several techniques before perfecting the technique for creating the romantic mollusc.
“I keep secret how I make them,” he said, adding that each year he tries to improve the process.
His labour of love has paid off, with top restaurants coming to him for oysters, including the three Michelin starred Can Roca in Girona, Spain, which the British press dubbed the world's best restaurant in 2015.
“I sell them for the same price as the others even though they are three times more work,” Guinaut says. “I don't do it for the money.”
“It's the continuation of a beautiful romance. I love to think that the people who order them have the same emotion as I did when my wife gave me that heart-shaped oyster.” 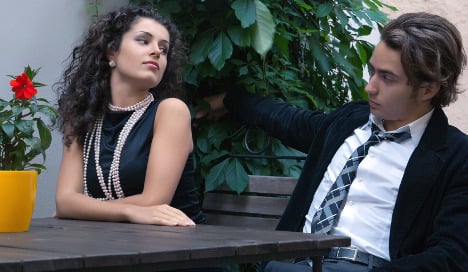