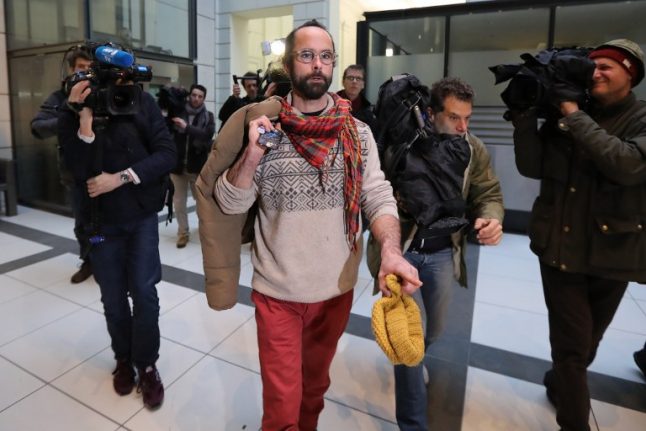 Cedric Herrou. Photo: AFP
Cedric Herrou, 37, was tried for illegally helping migrants across the French-Italian border under the noses of the French police, and then giving them accommodation.
But he won't be stopping anytime soon, he said in an interview with Europe 1 radio before the verdict was given.
“We will continue to act despite the threats from the state and the prosecutor,” he said.
At his trial last month, he said he was compelled to help migrants “because it has to be done… families are suffering.”
His €3,000 fine was far lighter than the eight-month prison term that prosecutors had requested.
He is one of several people to appear in court in southern France recently charged with illegally assisting migrants who have travelled up through Europe after crossing the Mediterranean in rickety boats.
Their cases have pitched the spirit of solidarity against the letter of the law at a time when border controls and migration have become hot issues in the run-up to this year's presidential and legislative elections in France.
On January 7, a court acquitted researcher Pierre-Alain Mannoni, who had faced a six-month suspended jail sentence for aiding Eritrean migrants who entered France from Italy.