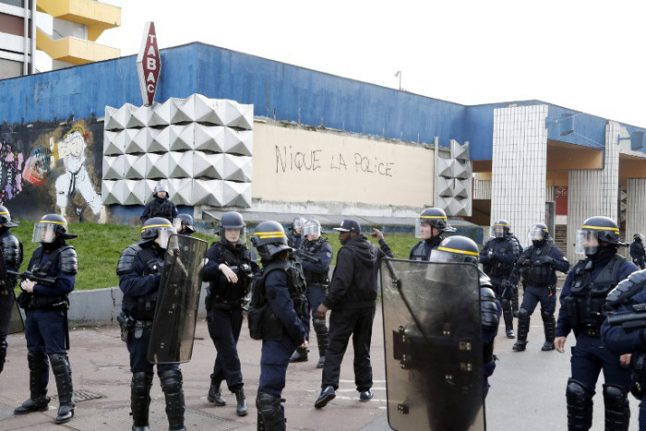 The outcome of the internal police inquiry emerged after violence flared in the northern suburbs of Paris and elsewhere in France following the incident involving the man identified only as Theo.

The police's own investigation into last Thursday's incident in the gritty suburb of Aulnay-sous-Bois has concluded that the injuries were not inflicted intentionally.

A video of the scene shows a policeman “applying a truncheon blow horizontally across the buttocks with a truncheon” and Theo's trousers “slipped down on their own”, a police source said.

Investigators said they had taken into account “the questioning of the victim and the (police officers), eyewitness accounts and CCTV recordings” and had concluded that “there are insufficient elements to show that this was a rape”.

However, an investigating magistrate has charged one of the police officers with rape and is still examining the case.

The trouble spread to northwestern France, with 20 people arrested in Nantes following a demonstration of around 400 people in support of Theo and incidents in the city of Rennes as well.

The alleged victim, who has urged people to stay calm while the investigation takes place, has said he was assaulted after officers ordered him to stand against a wall.

Police say they were on the lookout for drug dealers at the time.

Theo himself has called for calm and has urged residents of Aulnay “not to go to war”.

The case has revived past controversies over the relationship between police and immigrant communities in rundown suburbs.

In 2005, the death of two teenagers who were electrocuted while hiding from police in an electricity substation sparked weeks of riots in France. Around 10,000 cars were burned and 6,000 people were arrested.

The latest case comes in the midst of a presidential election campaign and follows the death of 24-year-old Adama Traore in police custody in another Parisian suburb last year.