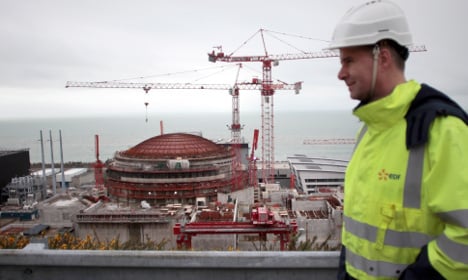 The construction site at Flamanville in northern France. Will it ever be completed? Photo: Charly Triballeau

It was supposed to showcase the expertise of France’s nuclear energy industry to the world and is key to the UK's own nuclear strategy.

But after being beset by hold-ups and snags – the flagship project to build a new state of the art nuclear reactor, France is getting a reputation for all the wrong reasons and London has been left looking on nervously.

On Thursday the plant on the northern French coast was hit by an explosion.

Although the explosion did not occur at the new reactor, the incident will still prove to be embarrassing for France's nuclear authorities.

In 2005 the French government proudly gave the green light for construction to begin on the first third-generation nuclear reactor at Flamanville in Normandy on the north coast, a site environmentalists say is threatened by flooding. The third-generation “European Pressurized Reactor” (EPR), built by EDF and Areva, was supposed to be in operation by 2012 and is meant to be one of the safest reactors in the world, and the most energy efficient.

It was commissioned as part of France's nuclear renaissance programme that will see the country's aging nuclear plants replaced over time.

However Flamanville 3, as it is known, is unlikely to start producing power anytime soon after being hampered by a litany of problems and incidents, including the death of a construction worker in 2011 (see below).

Before the explosion the most recent setback came in April 2015 when it was revealed that “a very serious fault” had been detected in the steel of the “pressure vessel” – a key component of the reactor, meaning another delay of at least a year was likely.

“It is a serious fault, even a very serious fault, because it involves a crucial part of the nuclear reactor,” said Pierre-Franck Chevet, head of France’s nuclear safety agency (ASN).

That “fault” meant construction is unlikely to be completed before 2018 at the earliest and more worryingly, the budget, initially set at €3.3 billion, was estimated at more than €9 billion. And that was last year. (The steel vessel, in which anomalies have been found arrives at the site. Photo: AFP)

In short Flamanville has become France’s own “nuclear catastrophe” as it was described in one of the many critical articles in the French press.

Tests needed to be carried out on the steel vessel but if after these tests the vessel still does not meet necessary safety standards, it will need to be changed.

“That's a very difficult operation in terms of costs and time,” said the ASN's Chevet.

The steel vessels weigh around 425 tonnes and stand around 11 metres high so building a new one would take considerable time and come at a huge cost.

Changing the vessel would be a major headache given all the construction work that would need to be undone.

Some in the business of nuclear safety have even suggested that if the steel vessel needs replacing then the whole project could be scrapped.

That will have authorities in the UK sweating as the same steel has been used to build two vessels destined for the planned EPR nuclear reactors at Hinkley Point in the UK.

They are scheduled to be built by 2023 and supply six percent of the UK's power.

Some suggested the set backs at Flamanville should have been the nail in the coffin for the Hinkley Point project, which finalyl got the green light last September, despite much opposition.

“The disastrous Flamanville project certainly shouldn't be an example that the UK government should be looking to follow,” Allan Jeffrey from Stop Hinkley organisation told The Local at the time.

“There are so many other quicker and cheaper ways to get energy rather than waiting for all these problems, which come one after another to be sorted out.”

The UK's Office for Nuclear Regulation also said that lessons would need to be learnt in France before undertaking the UK project. That would no doubt please the anti-nuclear power environmentalists at Greenpeace, which has seized the opportunity of Flamanville’s ongoing complications to twist the knife in.

“This is clearly the knock-out blow for the EPR reactor,” said Yannick Rousselet from Greenpeace in April 2015. “What foreign client would want to purchase a reactor of this type, if even France itself is not able to complete the construction?

“The bill from the EPR reactor will be so high that it won’t end up showcasing what to do, but exactly the opposite,” said Rousselet. “This is a huge blow to the know-how of the French nuclear industry.”

Greenpeace has called for work at Flamanville to be called off.

“It must be stopped immediately so there is no more wasting of public funds on this industrial nightmare,” said Rousselet, who added that France should be concentrating resources on finding renewable energy solutions.

The setbacks had the county’s Minister of Ecology, Ségolène Royal scrambling to reassure the public that project was not doomed.

“The reactor is not condemned,” said Royal in April 2015, who simply talked of “adjustments” to the works and a delay of the opening by around one year.

Royal congratulated the speedy reaction of the nuclear safety authorities and insisted the French people can be reassured.

“Additional tests will take place. Those results will be made public in the autumn and then work will resume,” said Royal.

Of course it is not just French authorities who will be eagerly awaiting the results of those tests, as Areva bosses also have orders for EPR reactors from both the US and China.

The Elysée Palace however insists the work on the reactor will continue as normal.

Flamanville – A timeline of costly setbacks

*This article was first published in April 2015 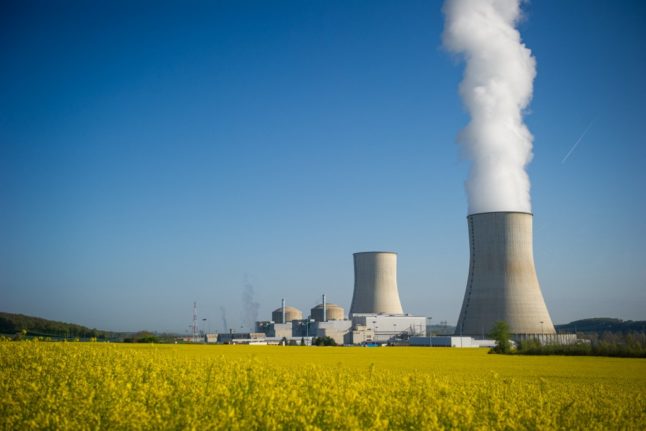 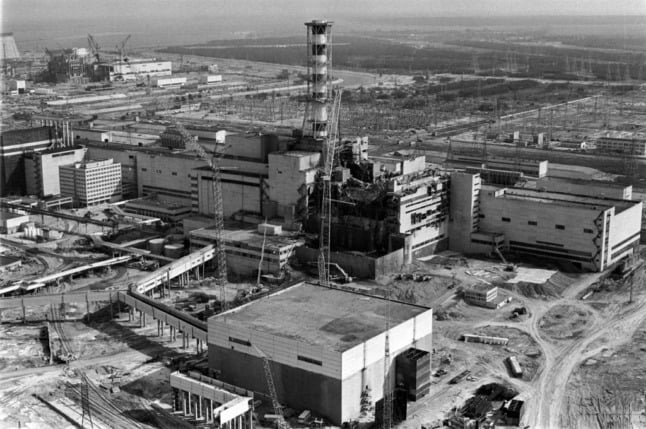