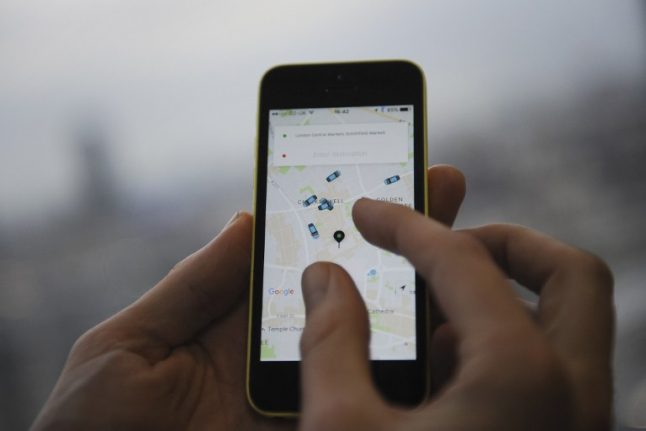 While some might say the digital age is making infidelity simpler, here's one reason why smartphones may be bad news for wandering spouses.

A man from Côte d'Azur in the south of France claims a problem in the app meant that his wife received notifications on her phone whenever he took an Uber ride, and that she was able to see his pick up points, destinations and times.

And he says it all began when he borrowed his wife's phone and logged in to Uber.

Despite logging out of the app, notifications of his journeys continued to roll in to her phone, revealing what she suspected was evidence of his extra-marital encounters and leading to the couple's divorce.

The technical fault is thought to be that after you log in to Uber on another device, it can keep information on you as a user and continues to give updates on that phone.

So whoever was kind enough to lend you their phone could be privy to your future rides.

Philanderous Android users should be safe however, as the problem seems to be limited to the iPhone iOS versions of the app updated after the 16th of December 2016.

Uber’s spokesperson declined to speak to Le Figaro on the matter, saying “Uber doesn’t publicly comment on individual cases, and especially those which concern things such as a divorce procedure”.

An initial hearing for the case is expected next month. And with its high-profile status, we could see more similar complaints coming from Uber’s 40 million monthly active users soon.

This isn’t the first run-in Uber has had with the French either. In December Paris Uber driver’s blockaded French airports in protest over pay and in 2015 a French version of the app Le Taxi launched to rival Uber's dominance.

Will this case be another blow for Uber's popularity in France?