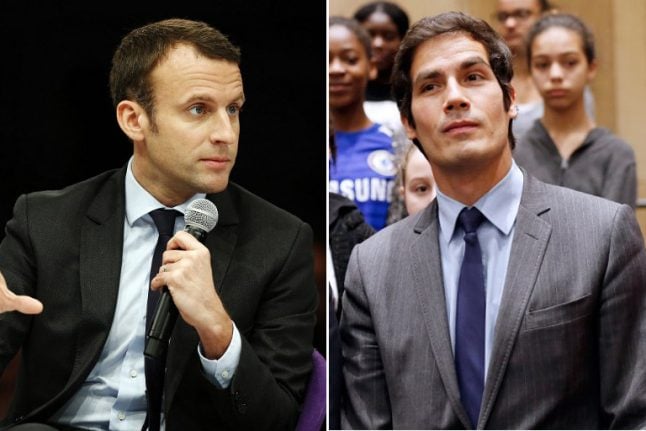 The rumours had been swirling around Macron for a long time but the presidential candidate shocked his supporters by meeting them head on.

On Monday night he made a surprise appearance at a meeting of supporters in Paris, during which he gave an hour long speech.

And for the first time Macron spoke of the rumours that have long since been spread on social media and talked about among journalists that he and France Radio chief Mathieu Gallet have been having an affair.

“I am who I am, I have never had anything to hide,” he said.

“I hear people saying that I have a secret life or something. It's not nice for Brigitte (his wife) and because I share all my days and nights with her, she asks me how do I manage it,” Macron said.

And with a nod to the fake jobs scandal surrounding his rival candidate François Fillon and his wife, Macron joked that he had never been paid for his secret life.

He continued: “If over dinners in the city, if on forwarded emails, you're told that I have a double life with Mathieu Gallet or anyone else – then it's my hologram that suddenly escaped, but it can't be me!” he said, joking about rival candidate Jean-Luc Melenchon's decision to use a hologram at a rally in Paris at the weekend.

Macron's decision to tackle the rumours head on was no doubt strategic, knowing that as the battle for the Elysée becomes more and more bitter he would probably have had to face the gossip at some point.

On Monday Russian state news agency Sputnik made allegations that Macron was backed by a “gay lobby”. They were based on an interview with Nicolas Dhuicq an MP with François Fillon's centre-right Les Republicains party.

The MP was quotes as saying “Concerning his private life, it is becoming known.” He added: “He has a rich gay lobby, which supports him.”

The interview has raised fears that Moscow will try to intervene in the French election campaign to ensure one of the two pro-Putin runners Fillon and Marine Le Pen are elected.

Unlike them, Macron is pro-Europe and some polls suggest he is now favourite to win the election.

Macron's private life has already been the subject of much talk among the media and public given that his wife Brigitte Trogneux is his former school teacher and 20 years his senior.

Macron has steadily risen in recent polls thanks to the fake jobs scandal around François Fillon. He is now predicted to make the second round runoff against Marine Le Pen, but we are a long way from the finish line and somehow Fillon has survived to stay in the race.

From teacher to love to France's next first lady? Meet Madame Macron