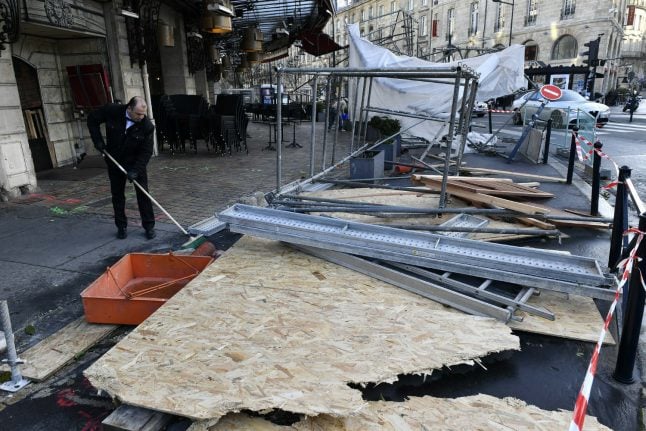 Damage caused by the storm in Bordeaux. Photo: Georges Gobet/AFP
National weather agency Meteo France said winds reaching speeds of up to 148 kilometres per hour (92 miles per hour) had battered the coast and warned that in some places they could even reach 160 kph.
Three western regions were put on red alert as the storm felled trees and brought down powerlines, cutting off roads although there were no immediate reports of casualties.
Enedis said that power had been cut to more than 250,000 homes in the departments of Gironde and Charentes with another 1,000 affected in the neighbouring region of Landes.
It said it had on Friday doubled its number of staff working in order to tackle the anticipated storm damage.
Overnight, firefighters were called out more than 140 times, mainly to clear trees and fallen power lines, local officials said.
Although the winds are expected to die down later in the day, another less powerful storm is expected to hit the western coastline on Sunday, forecasters said.