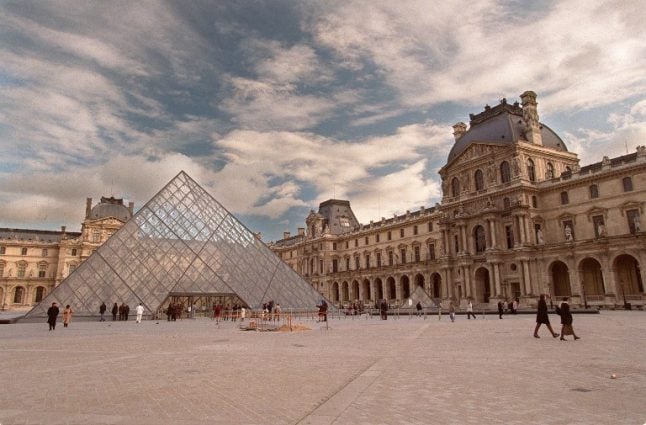 Photos: AFP
When a machete-wielding man was shot down by a soldier on Friday morning in a shopping centre at the Louvre museum, it marked another stage in the recent wave of terror attacks to hit Paris and France.
Even though only the attacker was left seriously hurt, the incident marked the first time that a terrorist style attack was carried out at a tourist hot spot in the French capital, something the government, the City Hall and tourism chiefs in Paris have long feared.
There was a warning in September when a car packed with gas canisters was found next to Notre Dame cathedral in what proved to be a failed terror attack by female jihadists. There have also bee numerous other warnings and plots, including one to attack Disneyland Paris.
While the government and Paris city chiefs insist the foiled attack shows their security operation works well, the images of soldiers surrounding the attacker on a staircase leading to the Louvre museum, one of the most famous attractions in the world, will do little to reassure potential visitors.
Visitor numbers have already been shrinking since the devastating attacks on the capital's bars and the Bataclan music venue  in November 2015.
The number of people heading through the doors at the Louvre dropped by 15 percent last year compared to 2015.
It's not just the Louvre that's been hit.
An August report noted a 3.9 percent drop in traffic through Charles de Gaulle airport, an 11 percent drop in visitors to Disneyland Paris, and a 14.6 percent drop in the number of Paris hotel reservations.
Another report found that Paris tourism has lost €750 million since terror attacks.
The president of the region's tourist bureau called it an “industrial catastrophe” at the time.
City chiefs were forced to appeal to tourists to follow the example of locals and not be scared.
“Look at how Parisians have got back to normal life after what they witnessed in November 2015,” deputy mayor of Paris Jean-François Martins told The Local. “They are back in the cafes and on the terraces. They have got their confidence back.”
But many visitors clearly haven't. The timing of Friday's attack is terrible for Paris authorities, who will be officially launching their 2024 Olympic bid on Friday night at the Eiffel Tower, in front of the world's media.
Their job of promising a safe Olympic Games in 2024 has been undermined on a day when a section of central Paris was on lockdown because of a machete wielding terrorist.
Paris Mayor Anne Hidalgo is determined to bring the games to Paris 100 years after they were last held in the capital.
She tried to play down the idea of Paris being a particular target by noting that the French capital wasn't alone when it came to terror threats.
She said all of the world's major cities were under threat with “not a single one escaping that menace.”
But 2024 is a long time away and the French government is deeply concerned about the impact of the terror attacks on the capital's tourism industry.
In November it announced some €15 million would be injected into security and making visitors feel safer, shortly after a report found that visitor numbers to Paris had dipped by eight percent.
This would include additional CCTV in sensitive areas and more “mobile police stations”, including near museums.
But are the tourists going to come?
Tourists in Paris who The Local spoke to on Friday said they hadn't been put off just yet, including Hector Clark, a Londoner who was locked inside the Louvre along with other tourists while police secured the area.
“I definitely won't be put off, it's beautiful here,” he said, when asked if he was afraid.
“However we made a point about the lack of security at the Louvre when we came in so hopefully, for the Louvre's sake, they tighten it in the future.”
American Amy DeAvegno who was outside the Louvre on Friday said she wasn't scared either.
“Not at all. This shit seems to happen everywhere so there is no point in avoiding a particular country,” she told The Local on Friday.
She added that her stay was actually part of a scouting visit before she brings “40 to 50” delegates from around the world to Paris.
Yet for every defiant statement from tourists, there are obviously many more who are put off from coming.
Friday's machete attack will do little to reassure them.