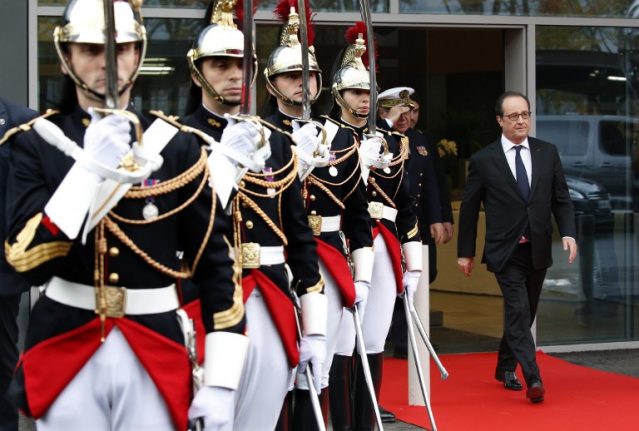 President Francois Hollande leaves France's Defence Ministry. Photo: AFP
The fraudsters called the man — a rich industrialist — in December and then sent him a fake letter that appeared to be signed by Le Drian, the source told AFP.
It was not clear how they convinced him to part with a small fortune but in previous such hoaxes they have concocted elaborate, top secret hostage situations involving French nationals that required urgent payment of a ransom.
Explaining that France's official policy is to not pay ransoms, the person targeted was then asked to discreetly transfer the money into an account in a tax haven on the state's behalf.
African leaders, embassies and French companies, foundations and NGOs have all been targeted in some 180 scams or attempted scams reported by the defence ministry over the past year and a half.
While most of the fraud attempts failed, “some have been successful,” the source said.
Investigators suspected an Israeli or Franco-Israeli syndicate of being behind the hoaxes.
Url copied to clipboard!