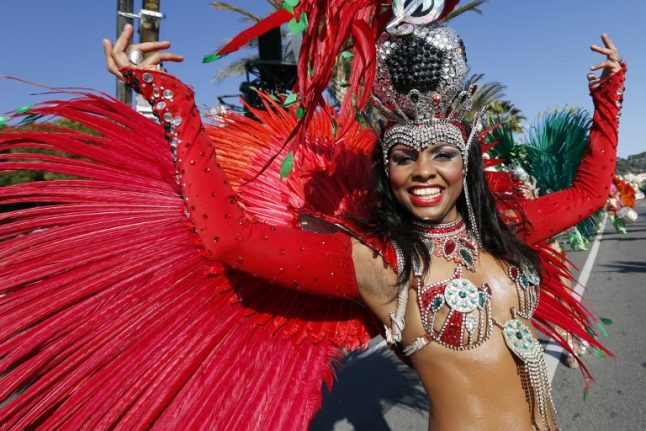 The Day of Chandeleur is celebrated 40 days after Christmas in France – on February 2nd – and marks when Jesus was presented at the temple in Jerusalem. Traditionally, the French celebrated this holiday by decorating their homes with candles, holding a lantern procession, and of course, eating loads of crêpes.

Read a lot more about the day here.

Since 1973, this top-level competition has brought together the world's best riders for a whole weekend of prestigious events in February. The main attraction is the World Show Jumping Cup, a keenly awaited event featuring eleven challenges. The event will be hosted at the ParisEXPO center at Porte De Versailles where car fanatics can discovers 550 exhibitors ranging from carmakers, auction houses, car art galleries and bodywork restorers as well as 500 vintage cars on show. Graphic design is taking over Paris with events, exhibitions, film screenings and conferences across the capital dedicated entirely to the promotion of the graphic arts in all their forms. While posters will be exhibited across the whole city until February 22nd, enthusiasts should hurry to the Musée des Arts décoratifs where exhibitions will be shown until February 5th.

Move over Cannes. What started in 1979 at a student film club has now become the world’s biggest event dedicated to short film. It is also France’s largest film festival in terms of attendance, bringing over 150,000 filmmakers and short-film buffs from around the world to central France.

With tourists from all over the world heading to Paris on Valentine's Day, it's time to be original and take your loved one to the new city of love, Strasbourg and take part in its ten-day festival dedicated to lovers. Beat the winter blues with a trip to Nice Carnival. Ranking as one of the biggest carnivals in the world, this spectacular in Nice is a highlight of the region. This year's theme is “The King of Energy”, taking on the subject of energies like fossil fuels and renewables, as well as the energy used and created by humans. Squaring up to its Brazilian counterpart, the carnival attracts hundreds of thousands of visitors to enjoy the dancing, music and costumes. It might sound a little kooky, but the Lemon Festival in Menton is becoming one of France’s biggest festivals, attracting more than 160,000 visitors each year. Visitors are treated to a visual feast of floats, decorations and 10 metre tall designs that together require over a stunning 140 tonnes of citrus fruits to be made. Check out the different exhibits, attend parades during the day or night, and browse a market selling local products. A quirky alternative to Cannes film festival, the International Games Festival showcases over 270 exhibitors as well as 300 authors and game illustrators. From Trivial Pursuit to Assassin's Creed you can find stalls for all the classics as well as cutting edge game developments. Participate in tournaments, discover the game of the year, or meet the person behind your favourite video game.

Who said Parisians are always serious? For those who want to carry on the party spirit of Nice, Paris has its own one-day carnival, which will see locals dressing up to this year’s theme of global fruit and veg.

Free to all those that want to get involved, the parade will start at Place Gambetta and finish at Place de la Republique. Start getting creative, there couldn’t be a more fun way to see a different side of Paris and get stuck into local neighbourhood life. France's biggest agricultural fair makes a perfect family day out to escape city life. The show includes farm show staples like machinery displays and animal pens for the young ones, as well as many rural delights. Don't miss the animal Miss France contest where the most beautiful farm animal is crowned. For the adults, there's a bar and wine cellar to sample some of the country's finest.