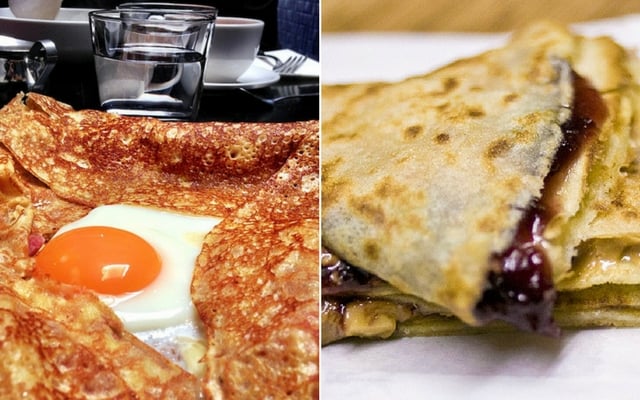 February 2nd marks La Chandeleur in France, the day when the French get all superstitious and eat a lot of crêpes.

They are normally eaten as a meal.

Except in Brittany, western France, the home of the crêpe, there’s apparently fierce division between what the locals call the dark, savoury pancakes (galettes).

Regional newspaper Ouest France invited users on Twitter to vote for whether they called a savoury pancake a crêpe or a galette, and it resulted in some bitter Breton-on-Breton debate.

But apparently it all depends on what part of Brittany you are from.

So let’s try get this straight.

The departments of Côtes-d’Armor and Ille-et-Villaine, in northern and east Brittany, generally differentiate between a crêpe (a thin, sugared wheat flour pancake) and a galette, or galette sarrasin (a thicker savoury pancake made with buckwheat, water and salt).

Whereas in the departments Morbihan and Finistère, in south and west Brittany, it’s all crêpes.

In southern Brittany, asking for a galette may leave you disappointed as the word is used for thicker, blini type pancakes.

But one Tweeter made the important point that the restaurant where you are likely to find galettes as well as a crêpes is called a crêperie of course rather than a galetterie.

So that's settled. We hope.