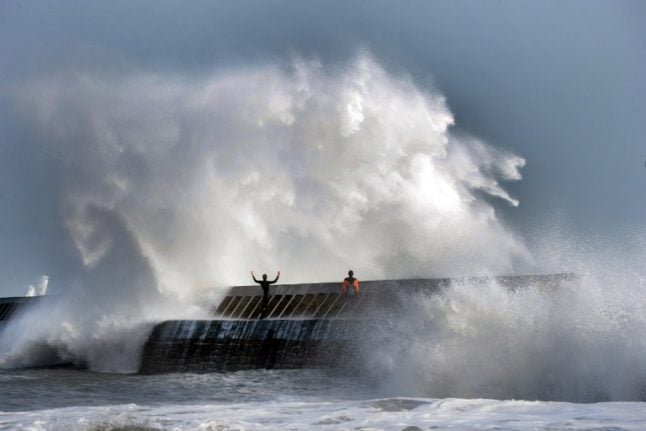 Just as winter's icy grip on France seemed to relax, another weather phenomenon is set to batter France, or at least the north west.

Météo France said that the Atlantic sea will begin to swell in the afternoon and into the evening as a depression moves in from the west.

By Friday at noon, winds of up to 130 km/hr are tipped to hit the coastline of southern Brittany, while winds of up to 110 km/hr will whip the coasts of Normandy, further east.
The agency said that at this point the sea will be “extremely agitated”. The strong winds are expected to reach speeds of 130 km/hr on the coastlines and up to 110 km/hr inland, the agency said in a bulletin.

While it's early days as yet, Météo France warned that a separate storm may lash the coastlines on Saturday, potentially followed by a third on Sunday.
And the rest of France won't necessarily be spared, with the agency tipping that the storms may head south.
As yet, Météo France has not put any departments on alert, although this could change as the storm approaches.