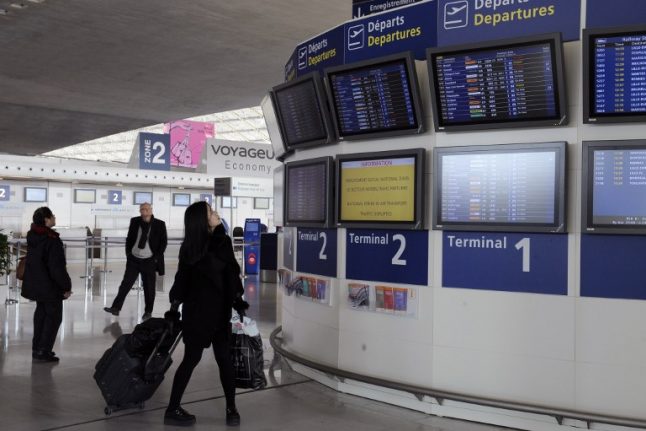 Photo: AFP
Dual-nationals holding a French passport and a passport from Iran, Iraq, Libya, Somalia, Syria, Sudan or Yemen – shouldn't bother heading to the US.
At least, that's the advice from the French Foreign Affairs Ministry in response to Donald Trump's inflammatory travel ban on citizens from seven Muslim-majority countries, a move he says is necessary to fight the threat of terrorism.
The ministry said on Monday that for those with the dual nationalities mentioned above “it is strongly recommended that you cancel any trips to the US”.
This is also the advice for people with ESTA – an automated system that allows visitors to travel to the US under the Visa Waiver Program (VWP).
Those with a valid green card will also be affected by the new measures, although they should be allowed to enter the country after being interviewed, it added.
The Ministry said that the situation was “rapidly evolving”, adding that it hoped further information would be available “in the coming hours and days” to help clarify what has been described as the confusion.
The ministry encouraged would-be travellers to contact their consular authorities before travelling. The advice comes after President Donald Trump ordered a travel ban on citizens from Iran, Iraq, Libya, Somalia, Syria, Sudan and Yemen from entering the United States for 90 days.
At first even those legally allowed to stay in the US were blocked from entering until US officials back-peddled.
The ban has impacted countries all over the world, with Air France refusing to let 15 people from these countries board US-bound flights over the weekend.
France's Ministry of Foreign Affairs said that there had already been “several cases” over the weekend where the ministry's crisis centre had to get involved.
“Our contacts among the US authorities are constantly working to clarify the impact of the new measures on all different categories of traveller,” the ministry said in an email sent to The Local.
But could Trump's ban just be the start?

READ ALSO: Will French citizens be next in line for a Trump travel ban?