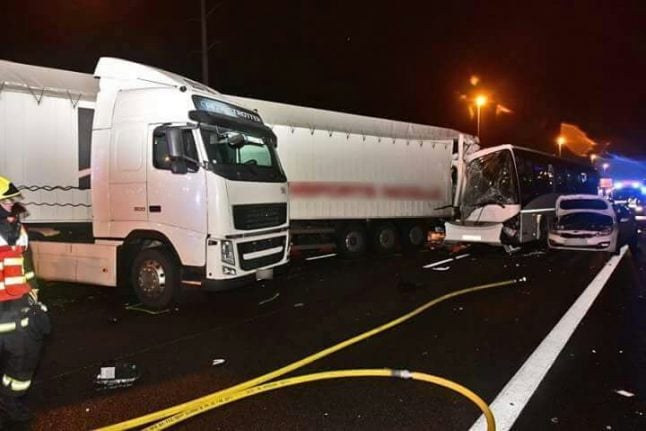 Photo: Pompiers de France
A truck and two buses crashed into each other at around 5am on Monday on the A13 motorway near Epône in the department of Yvelines, to the north west of the French capital (see map below).
Another four smaller vehicles were reportedly involved in the massive pile-up on the motorway that heads from Paris to Normandy through Rouen.
The motorway was left blocked in the direction of Paris, causing traffic chaos and a headache for those heading in to the capital to work.
At least 65 people were injured, five seriously, with paramedics using a nearby school to care for the injured.
It's understood that neither of the buses were school buses.

Around 100 firefighters were dispatched to the scene of the crash, which was still blocking roads hours later in the morning.
Police have not revealed exactly how the crash occurred, but have taken to social media to urge motorists to avoid the area.