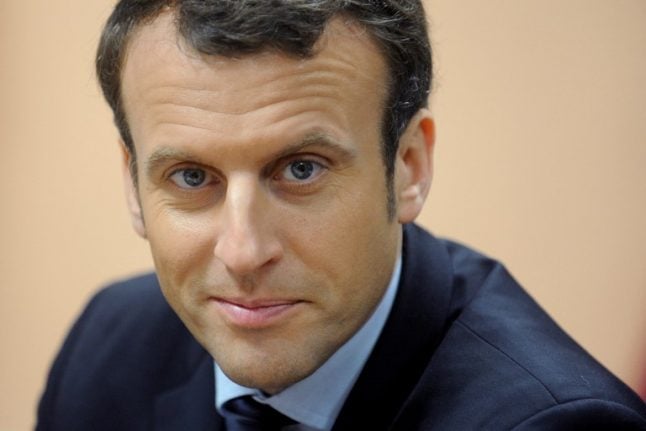 Apart from the public opinion polls that suggest he’s the most popular politician in the country, the path to the Elysée palace that once seemed blocked is slowly being cleared of one obstacle after another.

First the centrist Alain Juppé was beaten in the centre-right primary by François Fillon whose Christian values and admiration of Margaret Thatcher’s liberal economic policies put him much further to the right. Juppé's supporters may find Macron far more palatable than Fillon.

Then the current man in charge of France, President François Hollande, Macron’s former boss, also dropped out of the race, albeit he was always struggling near the back and was in danger of collapsing.

Hollande’s absence opened up more ground in the centre for Macron.

Then on Sunday night, a French election produced another surprise, with leftist Benoit Hamon, described as the ‘French Bernie Sanders’ or 'French Jeremy Corbyn', winning the runoff against former PM Manuel Valls.

Hamon had quit Valls' government saying he could not support policies of austerity that favoured businesses.

Analysts say the duel shows the French Socialist party has dived into two camps that are “irreconcilable”.

With Valls' defeat, it means the pro-Europe progressive and English speaking Macron, who has refused to run on a ticket that is either left or right, can occupy the centre ground.

Centrist Francois Bayrou might have something to say about that, but he lags far behind in the polls and has not announced if he will even stand for election.

With Hamon winning, Macron will hope to rally those who voted for Valls, who like Macron was on the right of the Socialist party with their pro-business economic policies.

Since the first round vote night Macron has remained silent, presumably not wanting to celebrate too early, but his team have been happy to talk up their delight.

“If Benoit Hamon wins the primary it’s the equivalent of Jeremy Corbyn conquering Labour,” one French MP told Le Monde. “The reformist left will refuse to follow him”.

Macron will also be pleased by the low turn for the primary that he refused to take part in. With only around 1.9 million votes cast – far less than the 4.3 that voted in the centre-right Les Republicains primary last November, it means Hamon hardly has a strong platform from which to campaign on.

The huge turn out at his rallies appear to back that up. As do the polls.

A poll published on Sunday night by Le Figaro gave Macron between 21 percent of the vote in the first round of the election, compared to 22 percent for right-wing François Fillon and 25 percent for Le Pen.

Other polls suggested he would beat both Fillon and far right Marine Le Pen in a runoff vote, if he could get to the second round that is.

Some Socialist heavyweights have hinted they could support him over their party's nominee if he looks to have a better chance against Le Pen.