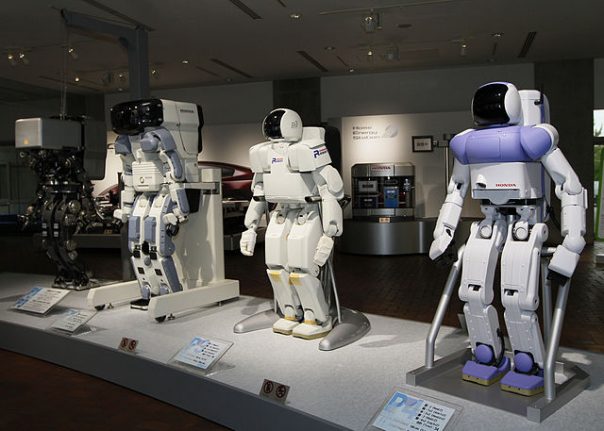 The catalyst for the soul-searching has been a proposal from leading Socialist party candidate Benoit Hamon to adopt a universal basic income – a state handout of around €750 ($805) a month, made to everyone.

“I expect that the digital revolution is going to make work increasingly rare… and we need to prepare for that,” Hamon says, underlining how advances in the welfare system have been criticised in the past.

That the idea has taken hold in France, which has a minimum working week of 35 hours and a strong attachment to enjoying the pleasures of life, will likely not surprise cynics.

French satirical weekly Charlie Hebdo devoted its front page to the issue, writing “The work-shy have their candidate” alongside a cartoon depicting a man begging for money to vote for Hamon.

Yet basic income is gaining traction in other Western democracies too. Finland this month began a two-year experiment paying 2,000 unemployed workers a monthly stipend.

Hamon's embrace, if he becomes the Socialist nominee this weekend, would provide another boost for a radical idea that has some high-profile business and economist supporters, as well as many critics.

It also points to what could develop into a fracture between politicians in the rich world.

The overwhelming majority continue to see a government's main role as helping to create and provide employment, viewing it not just as economically vital but of obvious social benefits.

Work and the workplace has served for centuries as a space for personal fulfilment and learning, socialising and the integration of outsiders such as immigrants.

Donald Trump's successful campaign for the US presidency had one constant message: a pledge to blue-collar workers to bring back factory jobs to their communities.

“I'm for a society of work,” ex-French prime minister Manuel Valls said in a debate Wednesday with Hamon, whom he hopes to defeat to clinch the Socialist nomination this weekend.

The message of universal income is one of “discouragement, of abdication,” he said, adding that some jobs would be destroyed, but others would emerge.

A life of leisure?

But Hamon and others are convinced that robotisation and automation will make human toil seem old-fashioned, offering us greater leisure time.

The 49-year-old also wants to encourage people to work fewer hours, below the 35-hour minimum week introduced by a Socialist government in 1998 with the logic of sharing around increasingly scarce jobs.

The short work week – in reality most French workers work more than 35 hours – is still contested by French employers for making France uncompetitive in the global workplace.

“The project that I propose is a long-term project,” explains Hamon, who is tipped by polls to triumph against Valls.

Hamon's prospects in the presidential election in April and May are viewed as dim by pollsters, however, but many analysts caution against making forecasts in a highly unpredictable race.

In his long-term vision, Hamon can count on the support of American business luminary Elon Musk, the head of electric vehicle group Tesla, and renowned left-leaning French economist Thomas Piketty.

Musk admitted last November that “there's a pretty good chance we end up with a universal basic income due to automation. I'm not sure what else we can do”.

Prominent French sociologist Dominique Meda also backs the discussion about the role of work in comments that hint at why France could be fertile ground for the idea.

“What's interesting in Hamon is that he's finally posing the difficult questions: what do we do if economic growth doesn't come back? Can we have jobs and good jobs with less growth?” she said.

The country is widely pessimistic about its economic prospects and has long grown accustomed to stubborn unemployment of around 10 percent, with youth unemployment more than double that.

Germany – a global centre of highly automated manufacturing – has an unemployment level of around 6.0 percent. In Britain, it is around 5.0 percent.

Economists point to other difficult questions: what is the impact on people's work ethic if they can count on basic income? Aren't vibrant economies made up of economic strivers?

And how do you create the wealth in the first place before distributing it to everyone?

A poll published Monday showed that Hamon has work to do to sell the idea to a sceptical public.

Of 1,000 French workers aged over 18 surveyed, only 38 percent were in favour of the proposal, according to the survey by the Harris group and published by the LCP channel.

By the AFP's Adam Plowright