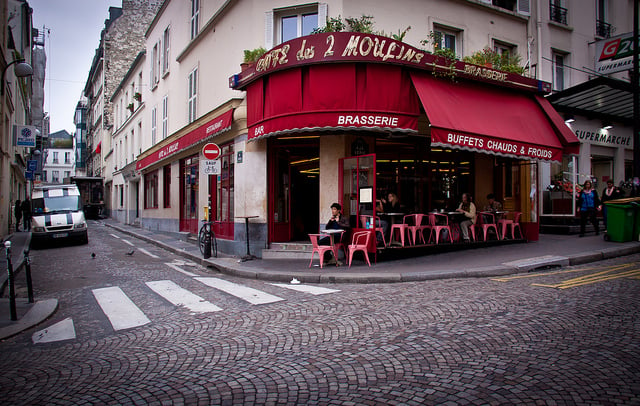 The iconic cobblestones of the streets and avenues of Paris have seen it all over the years.

Protests, Nazi tanks, historic marches, but now they are slowly being retired and lovers of the small squarish chunks of granite can get their hands on their own.

Thanks to the enterprising work of Parisian Margaux Sainte-Lagüe, who stumbled upon the idea of selling off the small granite blocks last summer.

“A cube of granite up for adoption. 900 years of history that can be used as bookends,” her site reads.
“Unbreakable. Guaranteed for life. Witness of the wanderings of millions of Parisians through the centuries. If it could talk …” The cobblestones range from the a “classic” version (above), which come hand painted with the words “Mon Pavé Parisien” and cost €60, to a €150 gold-plated version.
Sainte-Lagüe bought around five tonnes of the stones through the city council for around €200, according to reports.
The cobblestones of Paris were first laid in the 12th century but are gradually being phased out, not least because they provide easy ammunition for violent protesters.

As for the entrepreneurial Sainte-Lagüe, cleaning and hand-painting the stones is a creative and sustainable way to help make use of the 8,000 tonnes of old cobblestones that are dug up by the Paris council each year.

And to make some money in the process. Find out more on the site Mon Pavé Parisien.