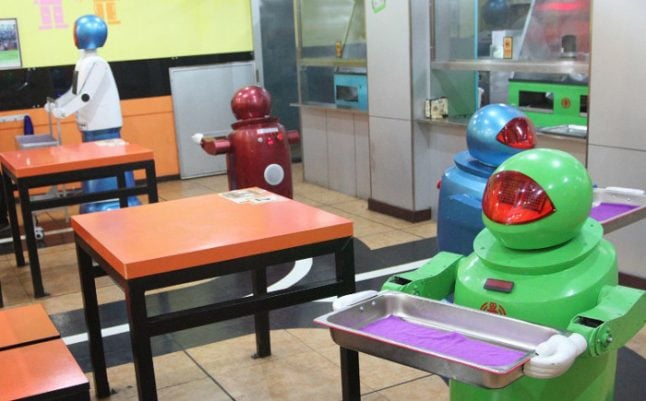 French Socialist Benoit Hamon urged voters to support his bold leftist ideas for revitalising the country on Wednesday as his party prepares to pick its presidential candidate this weekend.

In a final televised debate with his rival, ex-prime minister Manuel Valls, Hamon urged the left to “turn its back on the old regime, at these solutions that didn't work yesterday and won't work in the future.”

Hamon, 49, has emerged as the surprise frontrunner to lead the Socialists into elections in April and May after their five years in power which has seen their popularity plummet.

Whoever clinches the nomination on Sunday would finish a humiliating fifth if the vote was held today, polls suggest, as the country grapples with low growth and fears about terrorism and immigration.

Hamon has pitched himself as a man of fresh ideas, promising to bring in universal basic income — a state handout to all adults, irrespective of income — and new environmental protections as well as a 32-hour work week for workers who would be paid for 35 hours work.

Explaining his idea for a 32-hour week Hamon said: “What I propose is that in return for a reduction in employers' social security contributions, there are agreements to reduce working hours.

He suggested it could be a four-day week or a 32-hour week that would be negotiated between unions and employers.

“But there must be no drop in purchasing power,” Hamon said, essentially meaning workers would be paid the current legal work week in France which is 35 hours.

“I accept saying that we can have bigger deficits,” Hamon said when asked about the impact of his plans on public finances, which were last balanced in France in the 1970s.

Valls, a tough-talking prime minister under unpopular President Francois Hollande until December, has portrayed Hamon as a dreamer who would condemn the left to certain defeat.

“It's not enough to make people dream, you need to be credible,” he said in one of several sharp exchanges between the former cabinet colleagues.

Hamon won the first round of voting in the Socialist primary last weekend, with 36 percent of the vote, and has since picked up an endorsement from third-placed Arnaud Montebourg.

The battle in the second-round run-off this Sunday has been widely depicted as a struggle between the centrist, pro-business wing of the party represented by Valls and the leftist faction behind Hamon.

This ideological split has caused tension throughout Hollande's five years in power and has led to what could be fatal fractures ahead of the vote.

Hamon's success in the primary could open up more space in the centre ground for Macron, a former banker who has been drawing large crowds at rallies around the country.

France's election has been portrayed by polls as a battle between the front-running rightwing Republicans party candidate Francois Fillon and the far-right leader Marine Le Pen.

But many analysts caution that it is still highly unpredictable.

Fillon was hit Wednesday by a potentially damaging investigation into the employment of his wife as a parliamentary aide following revelations in a newspaper.

His medium-term plan — sometime after 2020 — is to introduce a payment of around 750 euros ($800) a month to everyone in a radical overhaul of the welfare system.

The payments would be introduced progressively, however, with young people set to be the first beneficiaries during his term in office if he is elected.

“We should encourage work,” retorted Valls on Wednesday, criticising the “exorbitant cost” the measure would entail.

Hamon estimates it at around 300 billion euros a year, but an analysis by a research group at Sciences Po university in Paris puts it at 480 billion euros.

The two candidates also gave starkly contrasting views on France's strict rules on secularism, with Hamon suggesting they had been used to stigmatise Muslims in France.

Both candidates found common ground on the election of US President Donald Trump, however, which they said would require Europe to be more united and to pool their military resources.